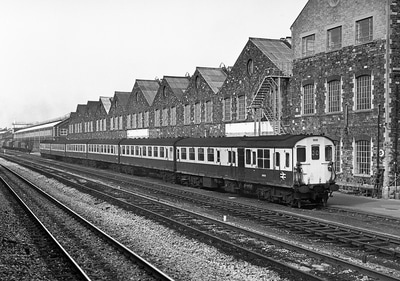 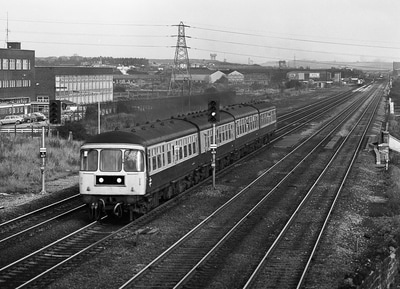 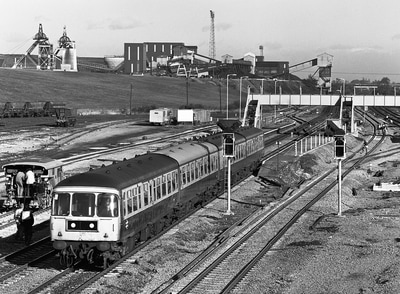 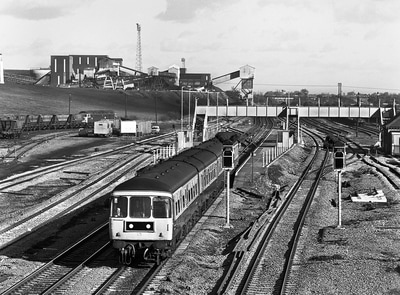 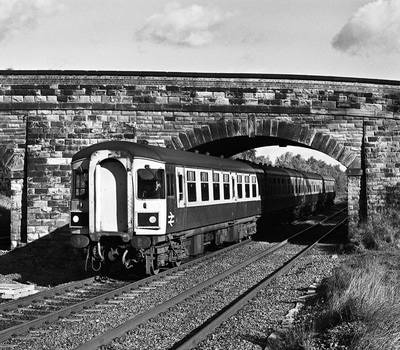 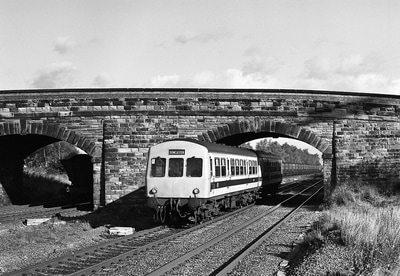 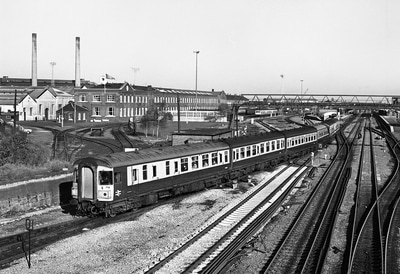 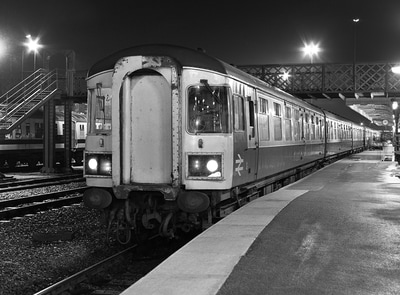 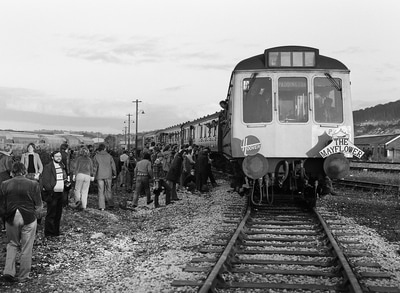 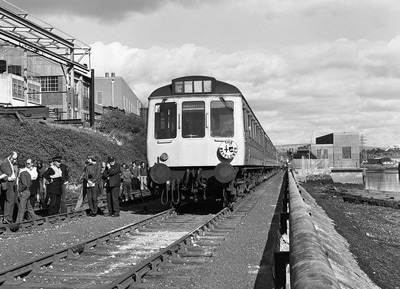 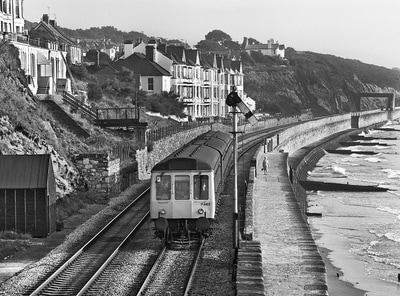 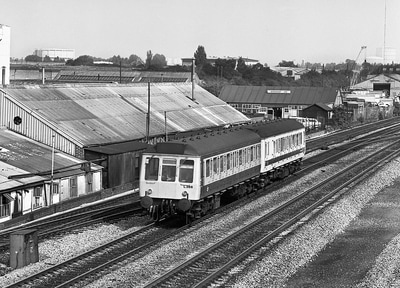 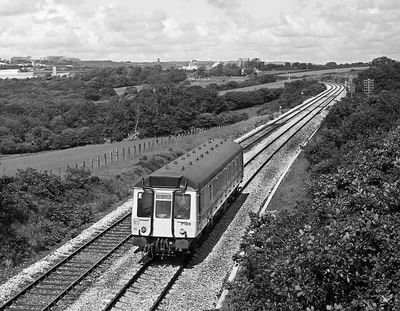 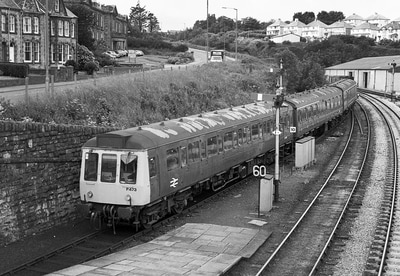 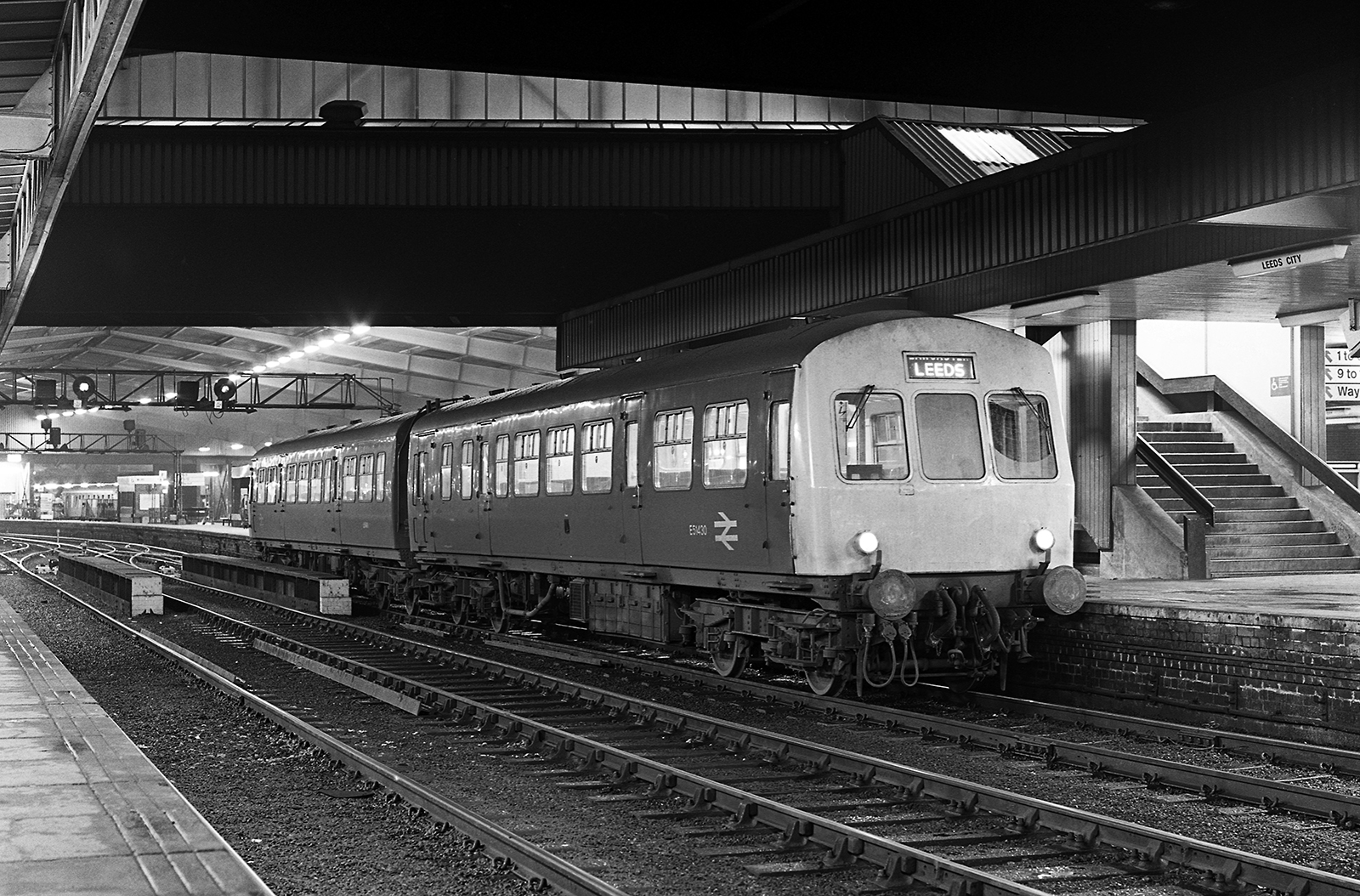 After the Class 123 Swindon InterCity DMMUs were displaced from the Western Region, they transferred 'up north' and operated on the TransPennine routes for a while. On 31 January 1980, still carrying its Western Region London area number of L710, a Class 123 formation awaits departure from Leeds City bound for York. 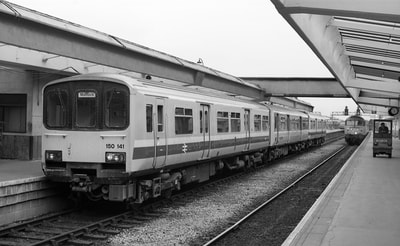