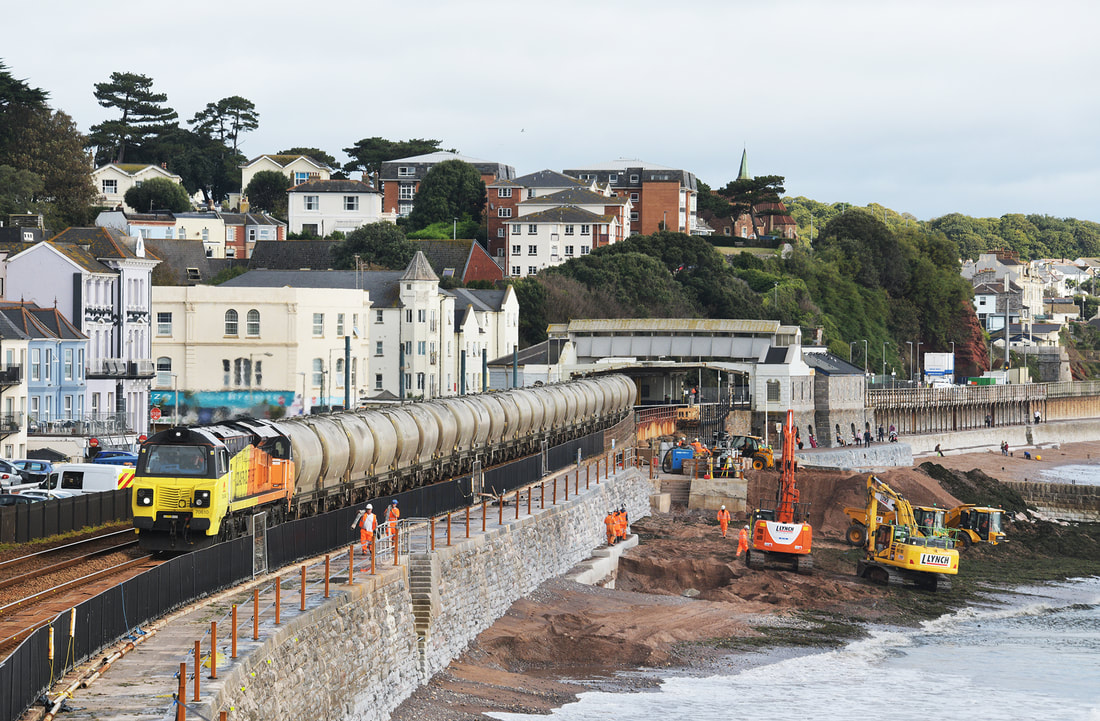 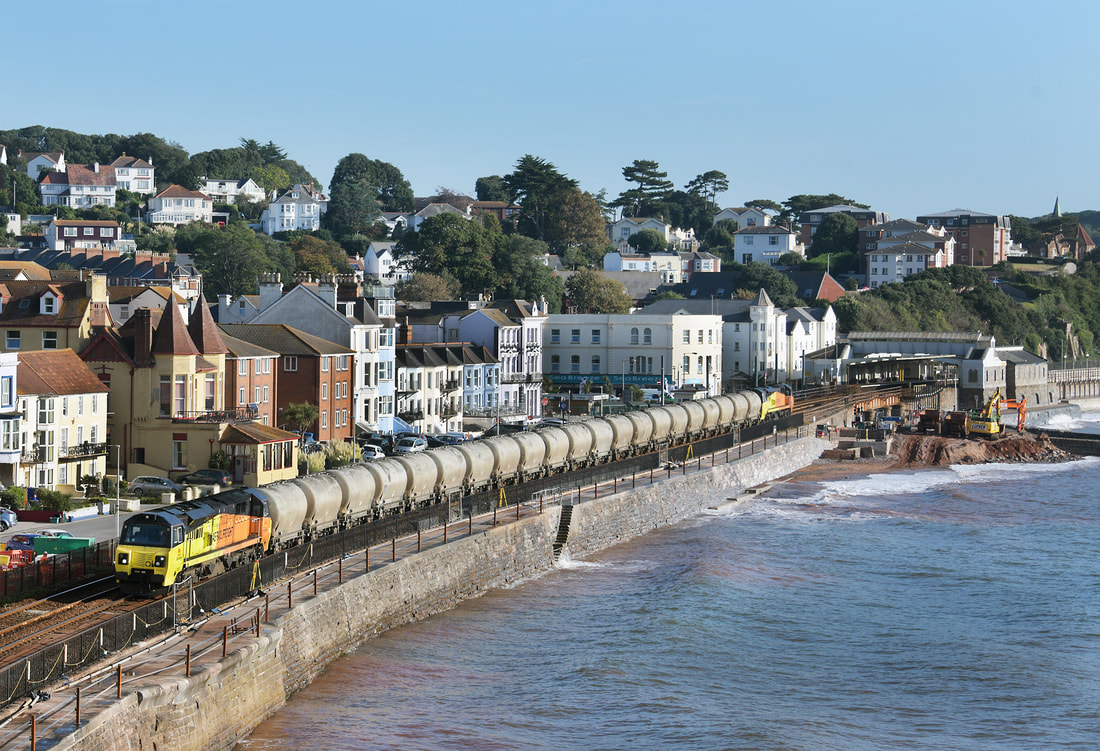 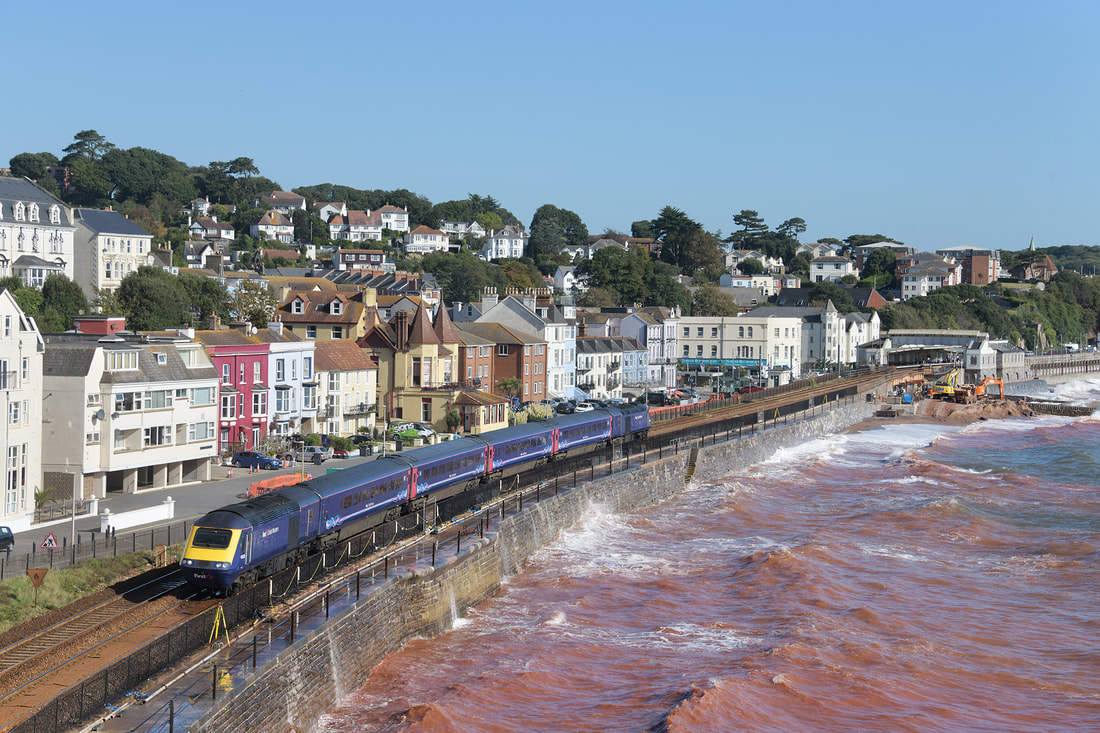 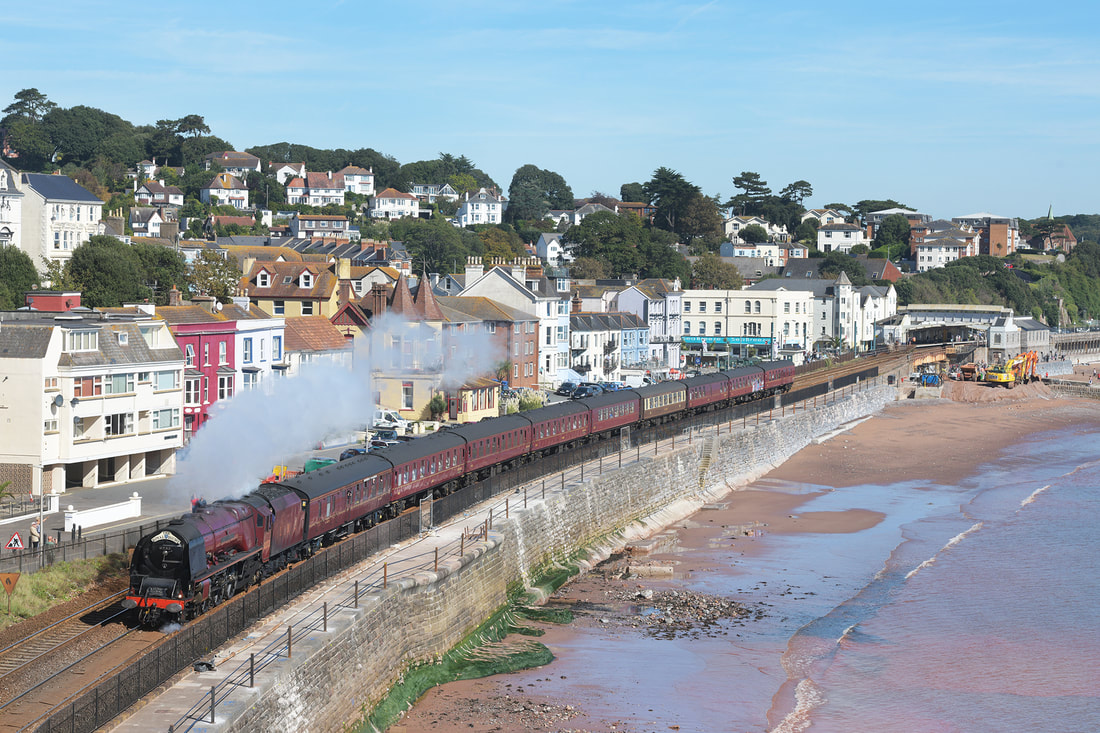 Better than most summer days in Dawlish in terms of weather, as the last steam of the 2019 season passes adjacent to Kings Walk on Sunday 15 September 2019. Powered by LMS No. 6233 'Duchess of Sutherland' 1Z82, the 08.47 Bristol Temple Meads to Par 'Royal Duchy' charter heads towards Kennaway Tunnel No. 6233 working as far as Plymouth, then the glorious 47802 goes forward, 6233 then turns and runs light to Par for the return working. 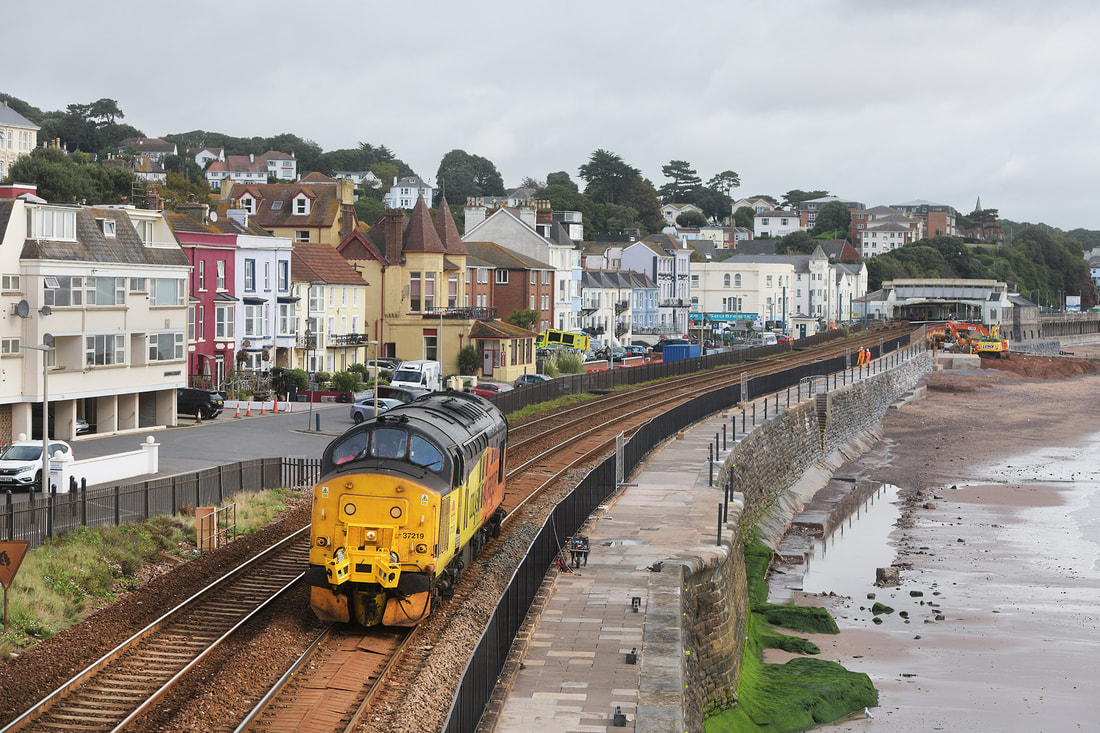 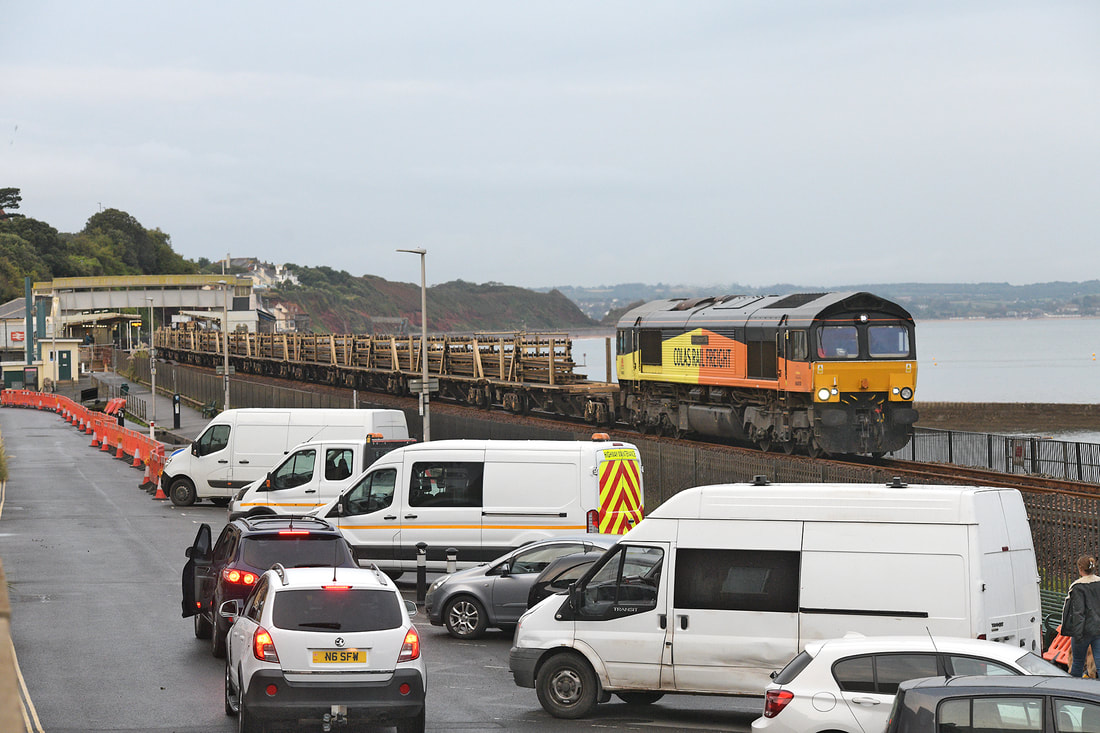 Well, the holiday makers have gone and the sea wall workers have returned on 9 September 2019. Some work equipment had arrived by boat from Teignmouth, while Marine Parade has become 'cone city, Devon' Passing on the down, with train 6C97, Colas Rail Freight Class 66/8s, Nos. 66850 and 66848 'top and tail' a rail delivery train running as the 12.53 Eastleigh Yard to Goonbarrow Junction on 9 September 2019. 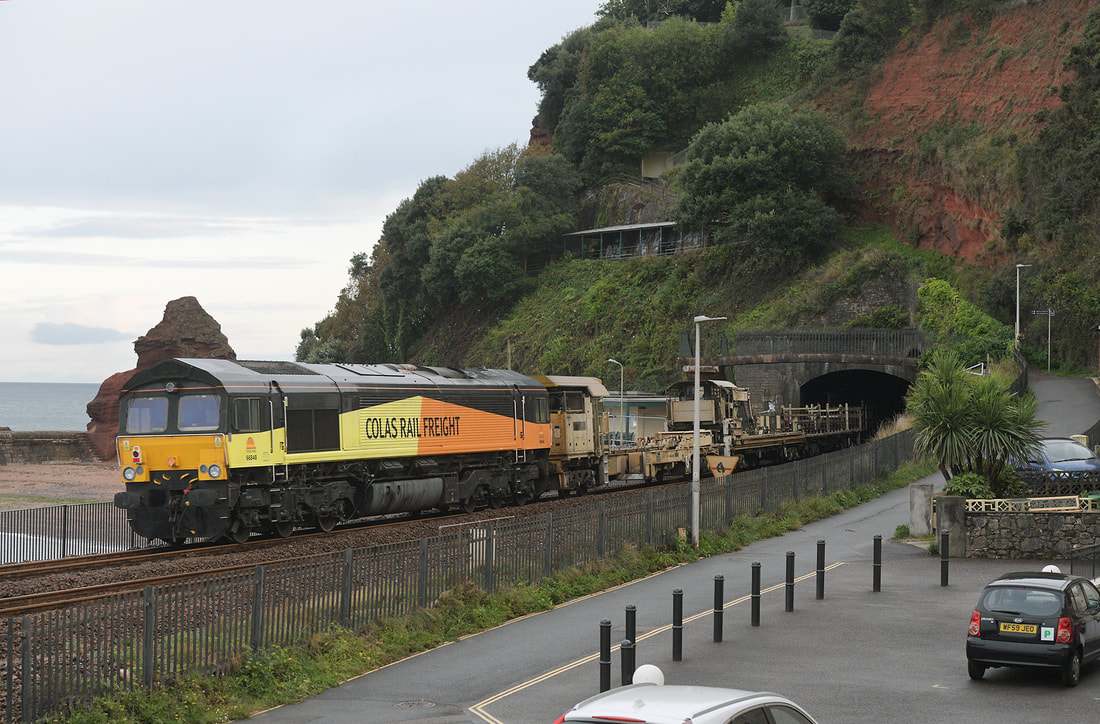 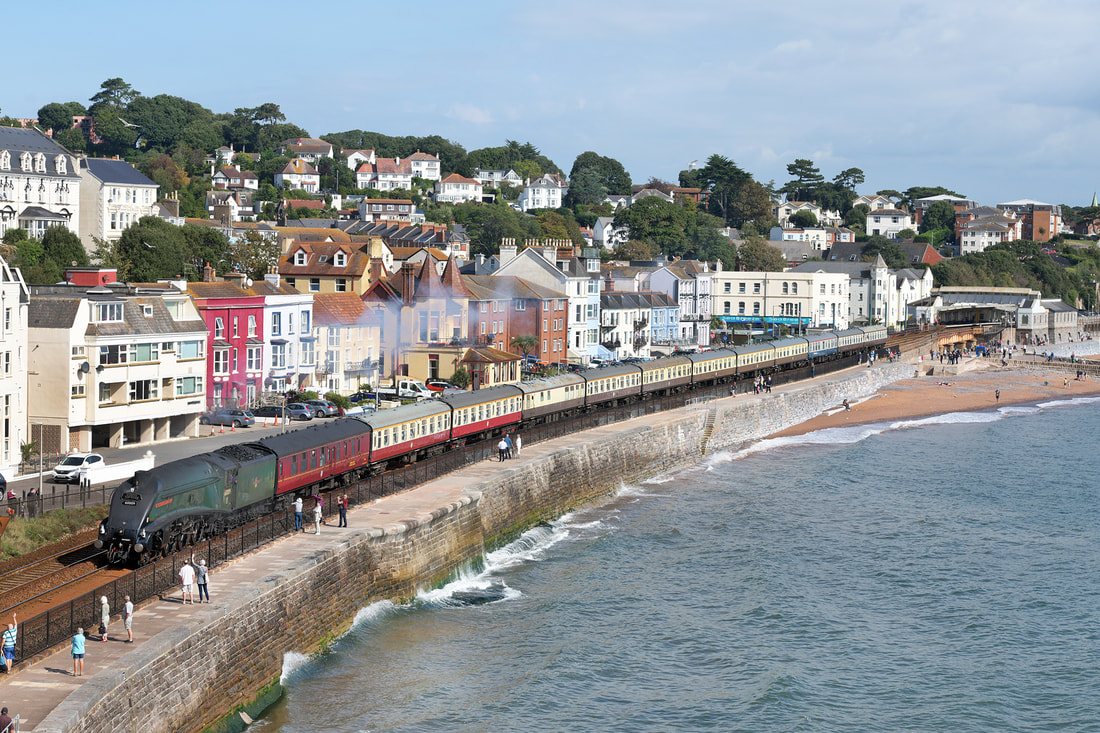 Well, at least the last Torbay Express of the 2019 season and likely to be the last ever run of A4 No. 60009 westbound over the sea wall, was in sun. Taken from the now available viewpoint from Lea Mount, following a week of vegetation removal, the westbound run 1Z27, 08.00 Bristol Temple Meads to Kingswear approaches Kennaway Tunnel on 8 September 2019. Also the last day of the sea wall as we know it, work starts in the morning on the rebuilding. 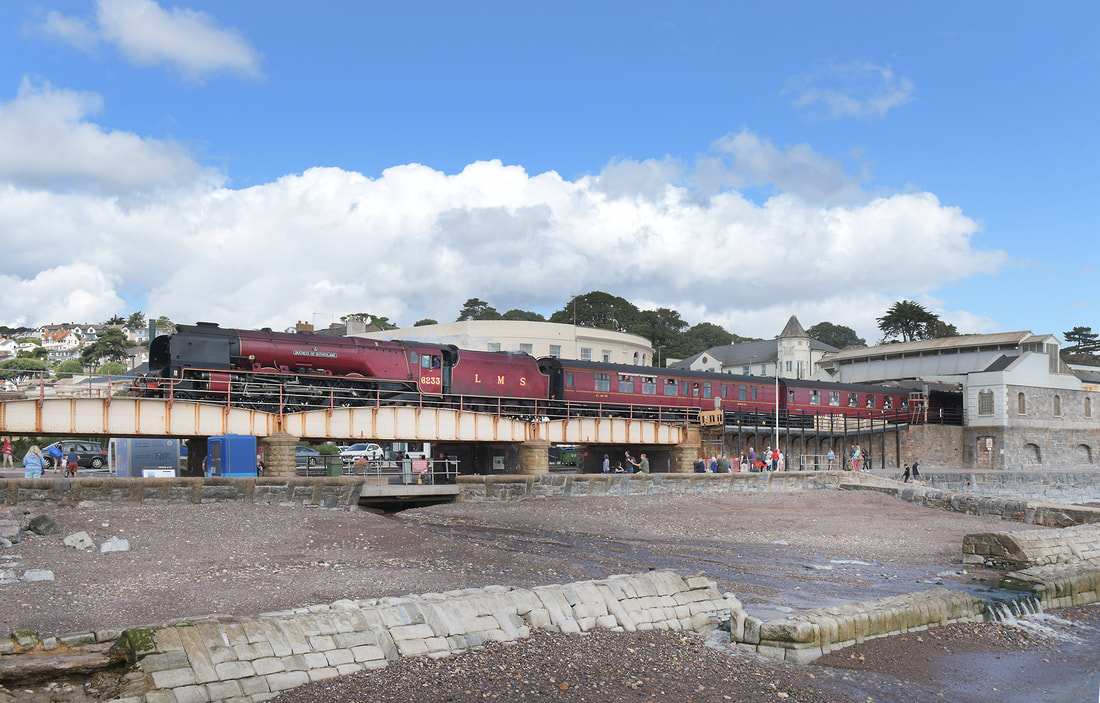 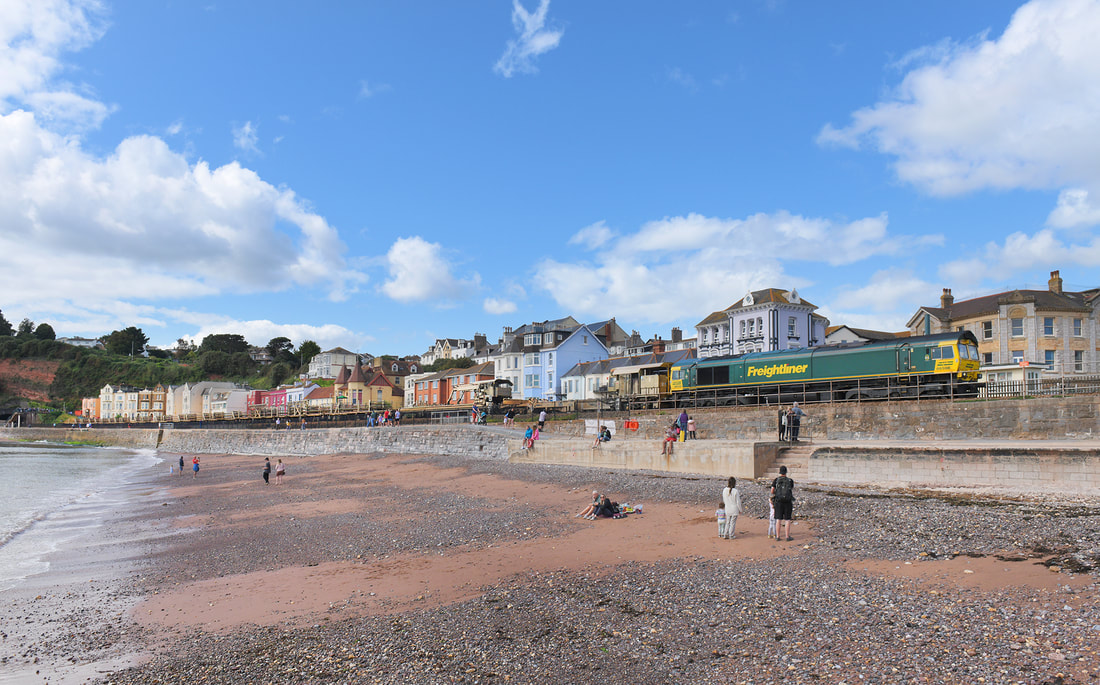 I thought I best take this view of the Kings Walk area of Dawlish before the BIG work starts to destroy the sea front in a week or two, After the wall has been rebuilt, this view will be impossible to take. All you will see from this stand point is a concrete un-faced wall, with the trains in behind. On 1 September 2019, Freightliner Class 66 No. 66598 runs between Kennaway Tunnel and Dawlish station with train 6Y97 the 07.35 St Erth to Westbury part loaded rail train.