South Eastern commenced the use of Class 707 'Desiro City' five-car EMUs on Monday 27 September 2021, marketed as 'City Beam' sets.
The '707s' have been transferred from South Western Railway (SWR) and by spring 2022 all 30 sets should be allocate to Slade Green for use on Charing Cross/Cannon Street to Dartford, Hayes, Orpington and Sevenoaks routes. Trains will operate in pairs offering a much improved environment than on the previously deployed 'Networker' Class 465 and 466 stock.
The 'City Beam' sets have wide gangways between vehicles, improving on train security, with 2+2 seating, large circulating areas, full air conditioning with a state-of-the-art passenger information system. Above seat racks provide space for small bags. One three-pin power output socket is provided for each seat pair, but no USB charging is offered. A good quality wi-fi system is fitted.
From their days with SWR, interiors are now finished with South Eastern branding and in blue house colours, very pleasing to the eye. Externally, the red SWR livery have been replaced with SET dark blue with a black window banner, the disabled seating area is marked by an orange window outline. The exterior of coaches carry SouthEastern branding, while driving cars additionally carry the 'City Beam' brand name and logo. Passenger doors are finished in a contrasting light blue.
Doors operation is under the overall control of the driver, with local open/close buttons. 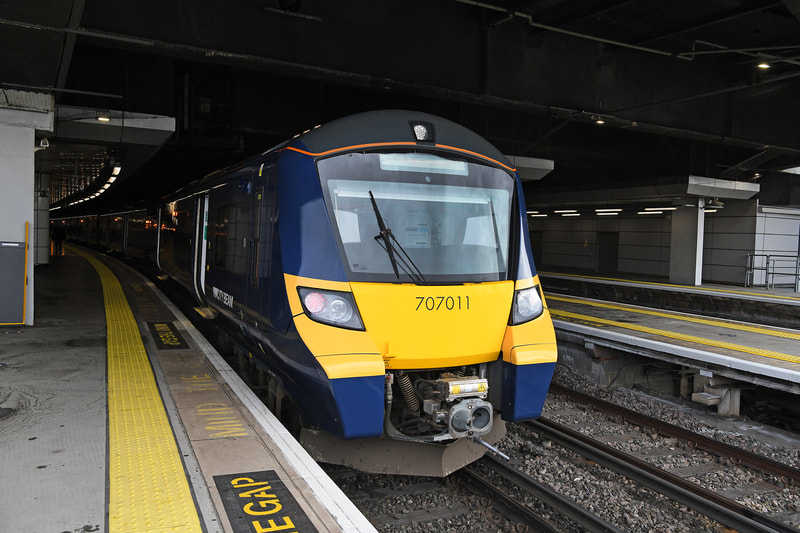 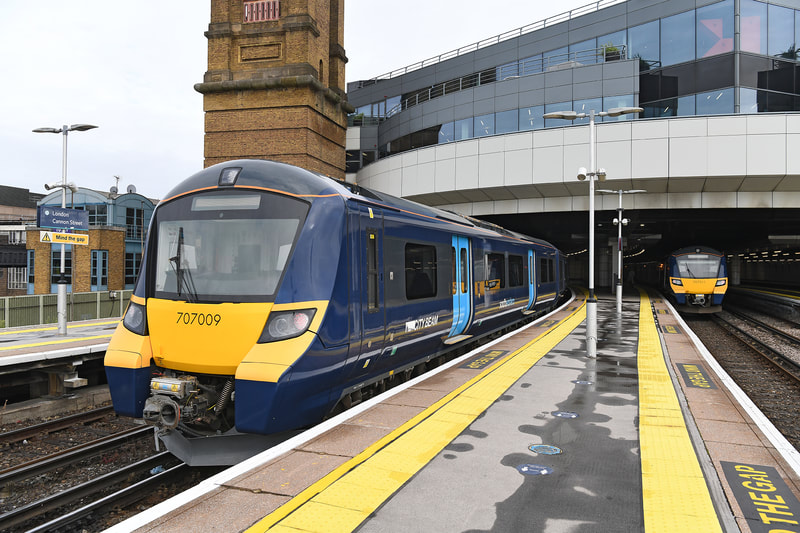 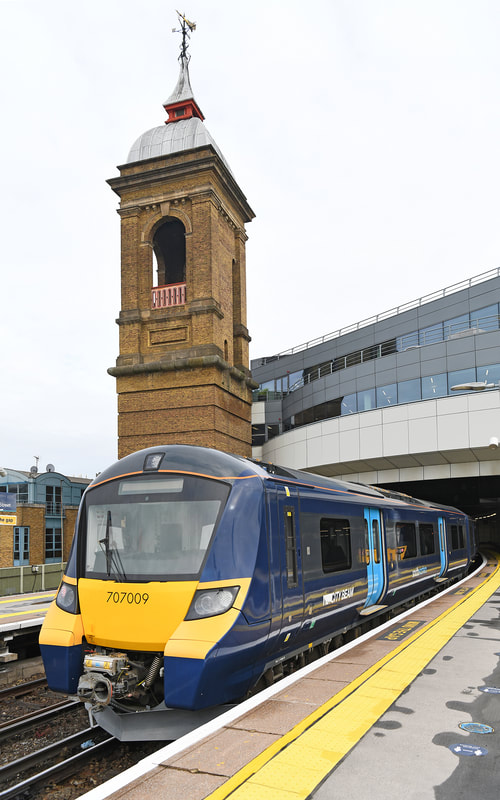 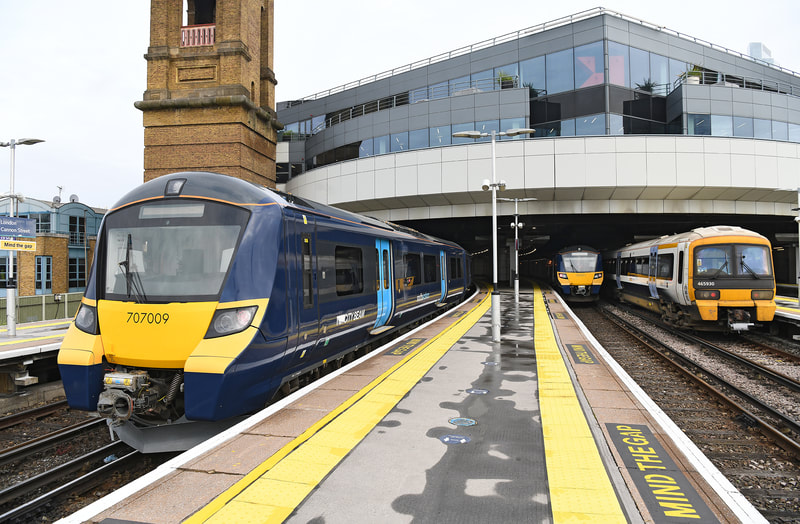 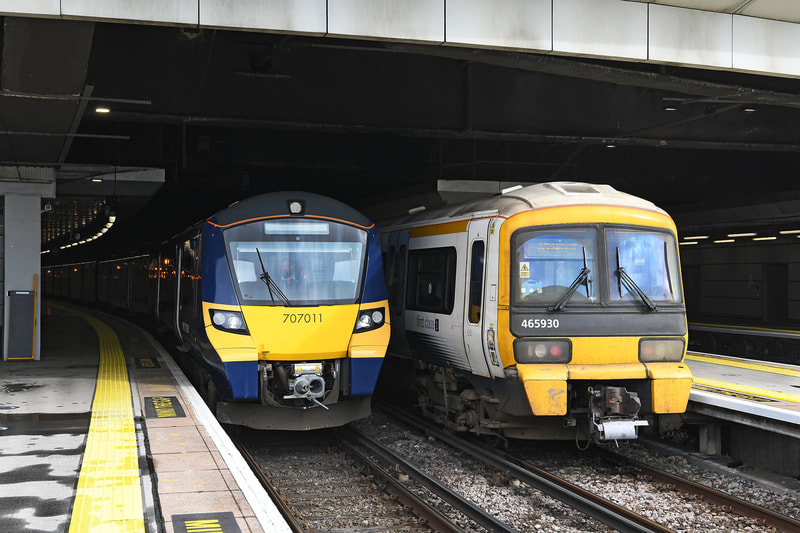 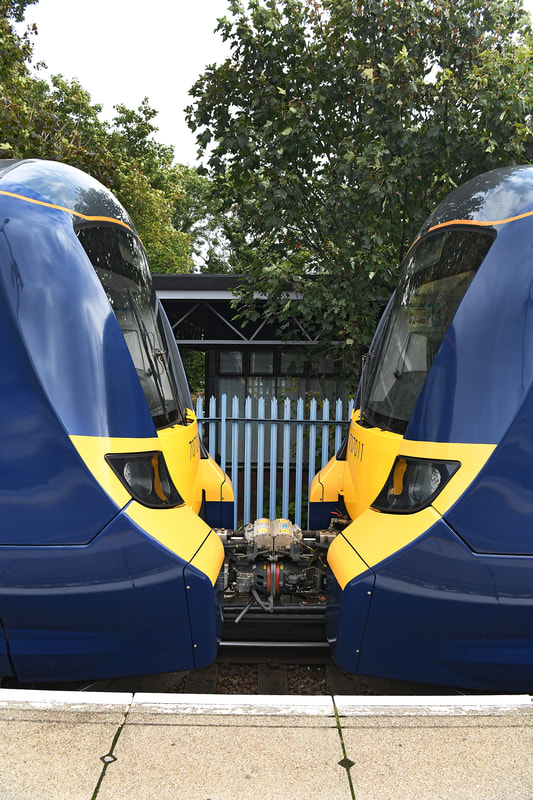 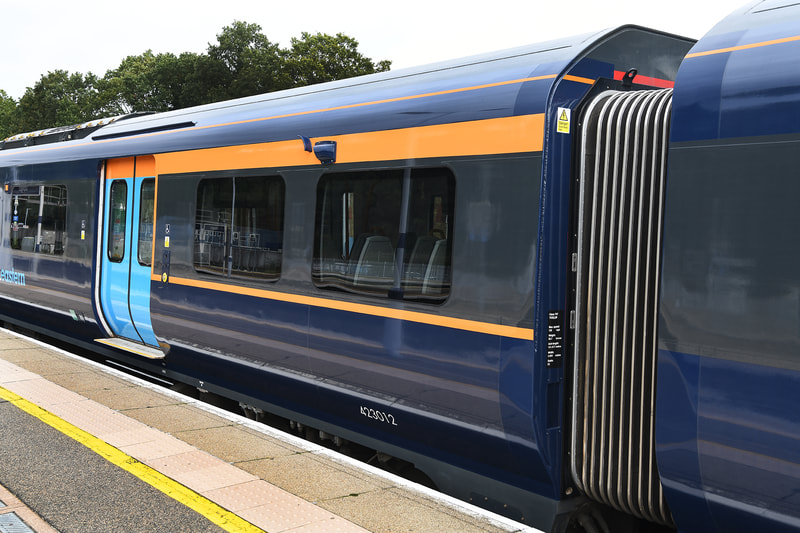 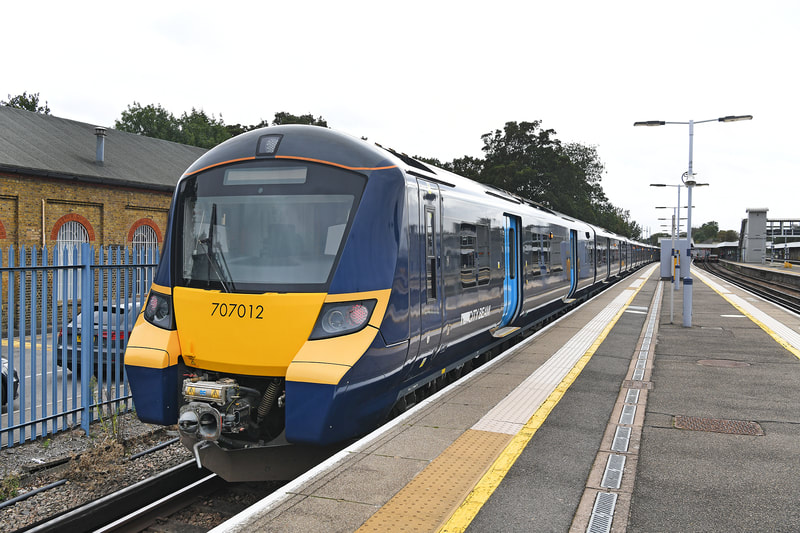 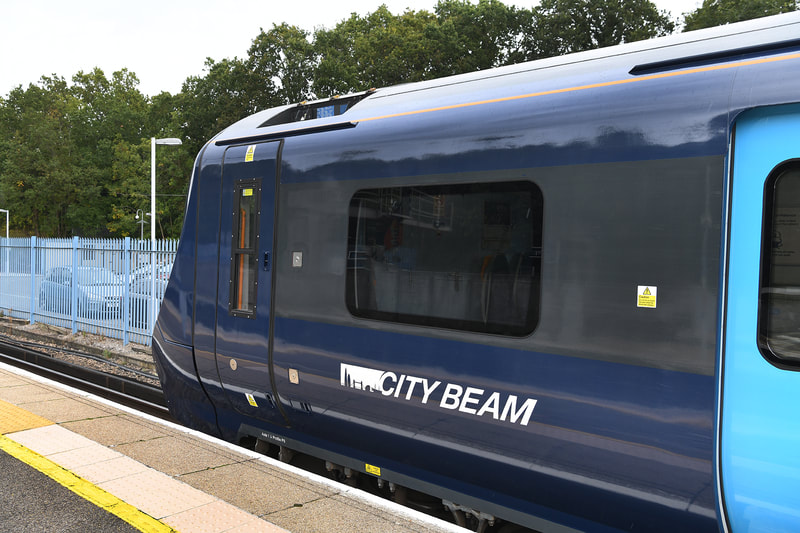 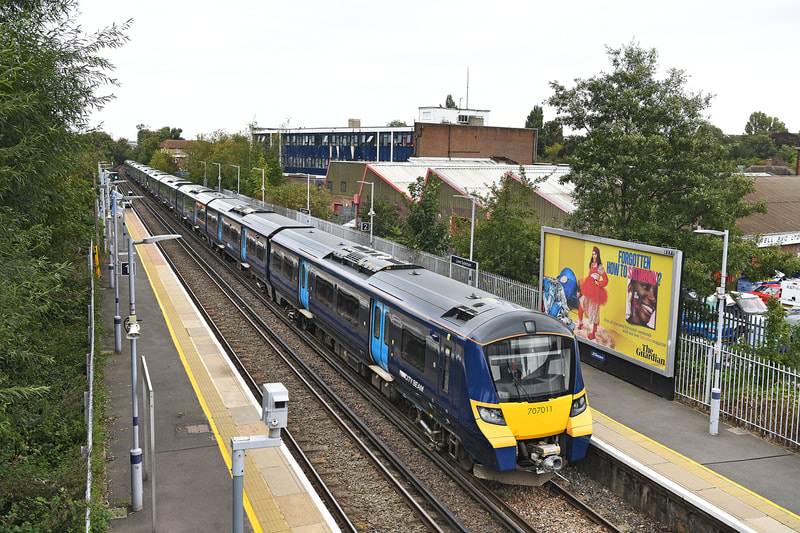 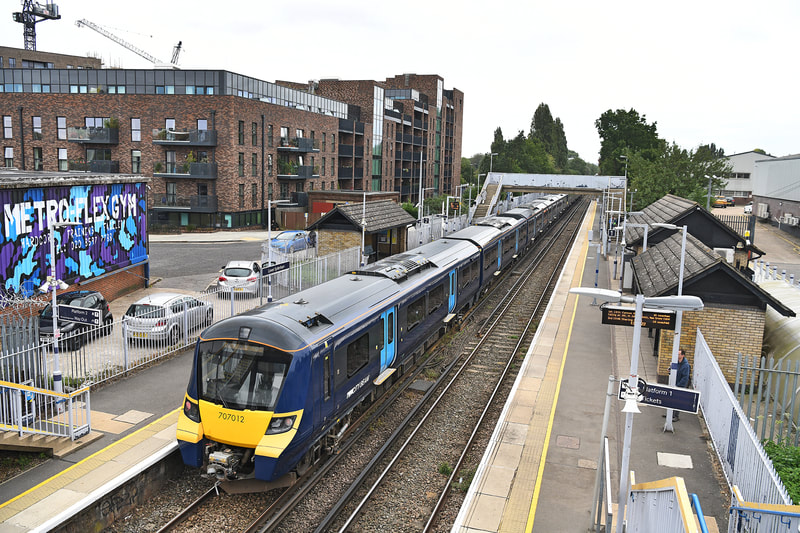 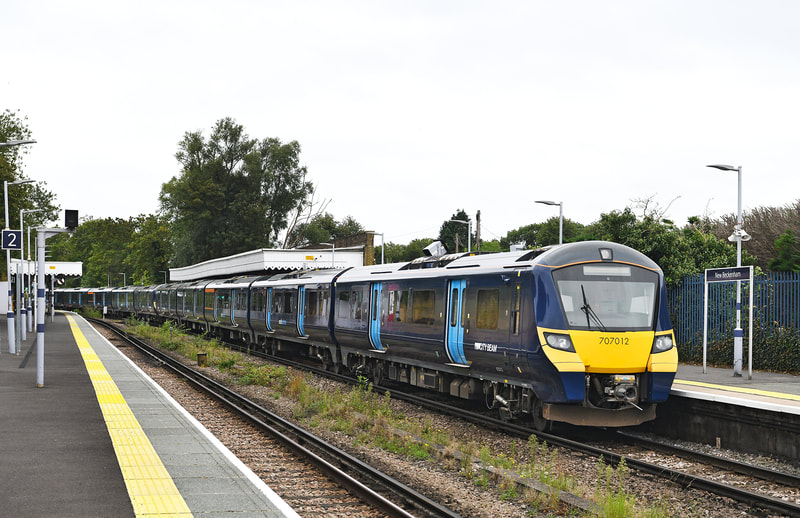 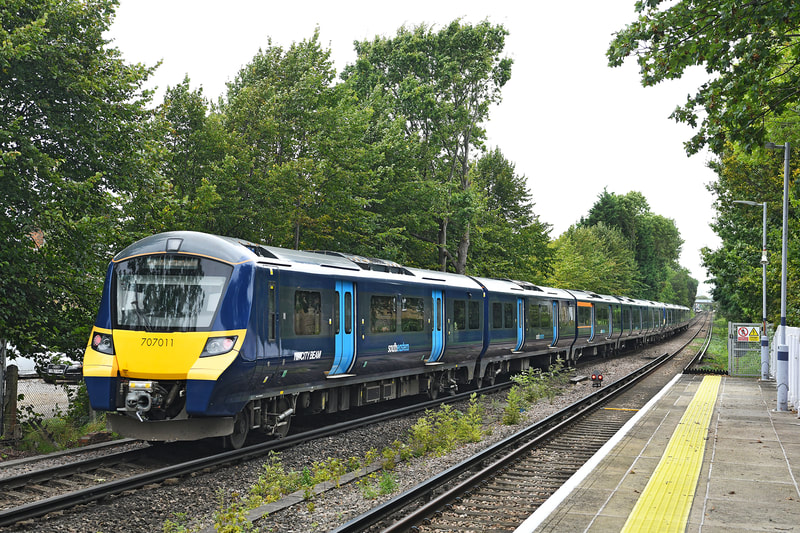 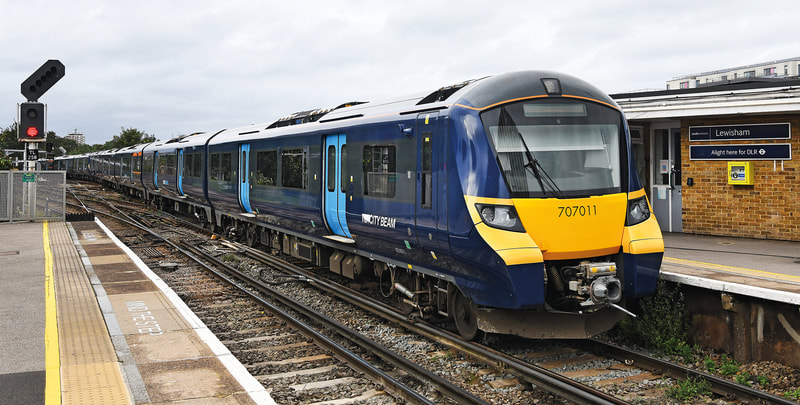 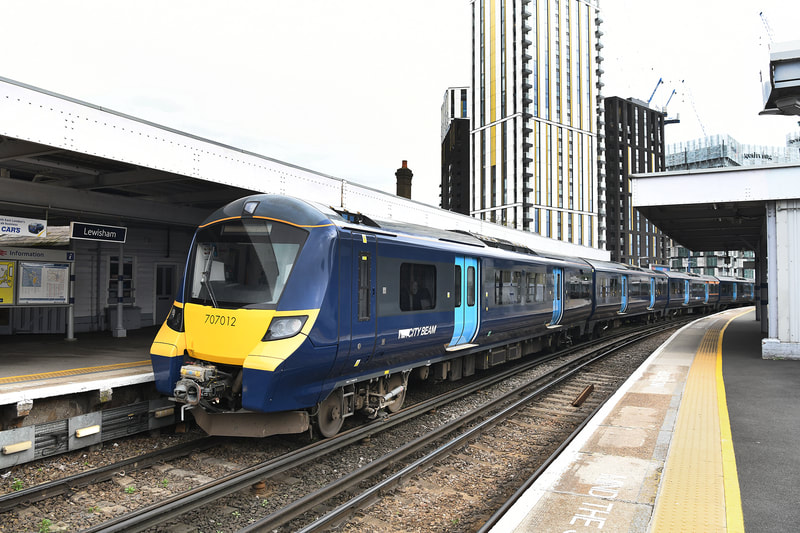 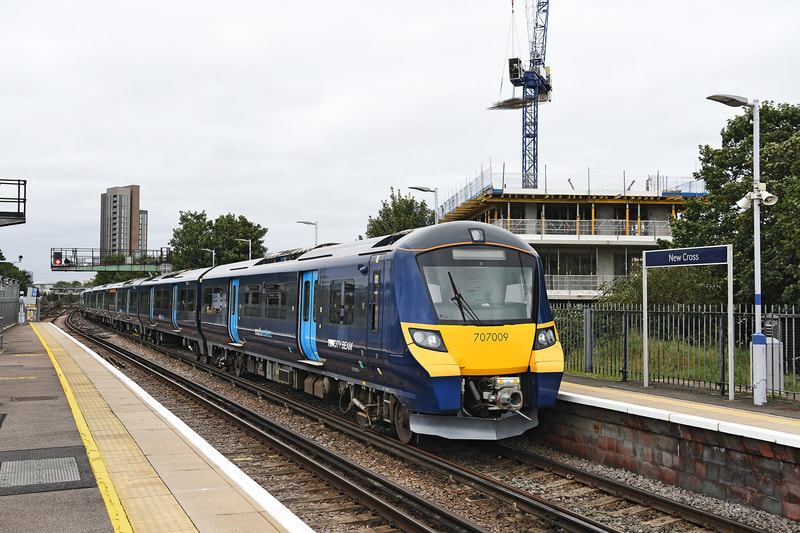 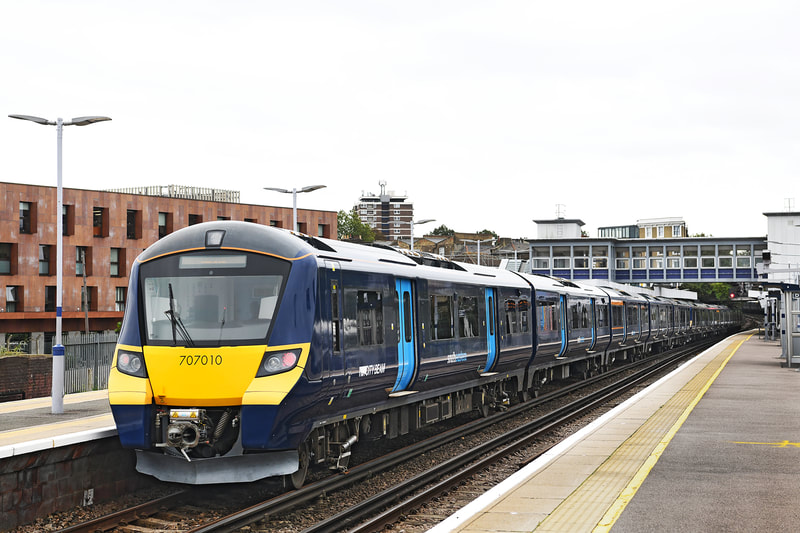 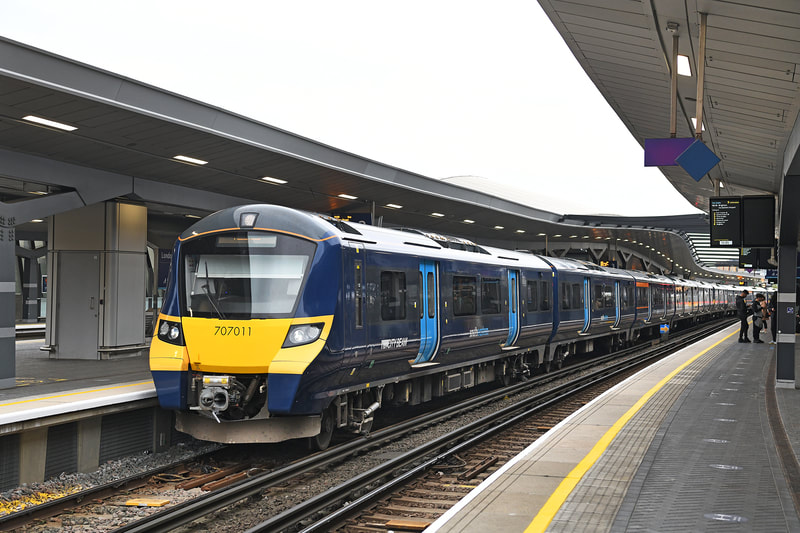 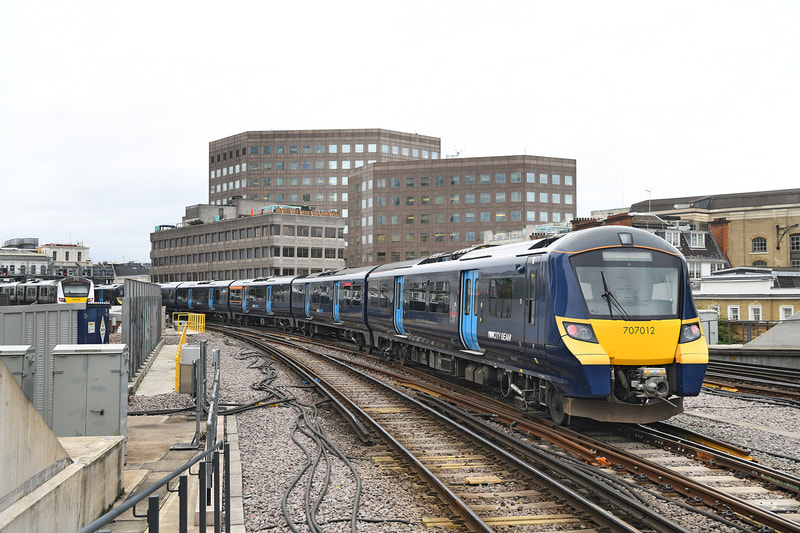