The single carriage lift can hold up to 18 people and has a ramp for disabled access and pushchairs. It operates between the Western Esplanade on the sea front to Clifton Terrace

History of the Lift -  The Lift opened on August Bank Holiday 1912, It was built by Waygood and Co. In 1930 improvements were made to the lift including adding a new carriage. In 1959 more improvements were made to the lift including new upper and lower stations, refurbished electrical and winding gear and another new carriage. In 1990 a third carriage was added with new ramps that improved access for pushchairs and the disabled. In 2003 a malfunction brought operations to a halt and the lift was out of action for 7 years. Funding was received from the Heritage Lottery Fund to restore the Cliff Gardens including the Lift stations. On Tuesday 25 May 2010 the Cliff Lift was officially re-opened by the Mayor of Southend. 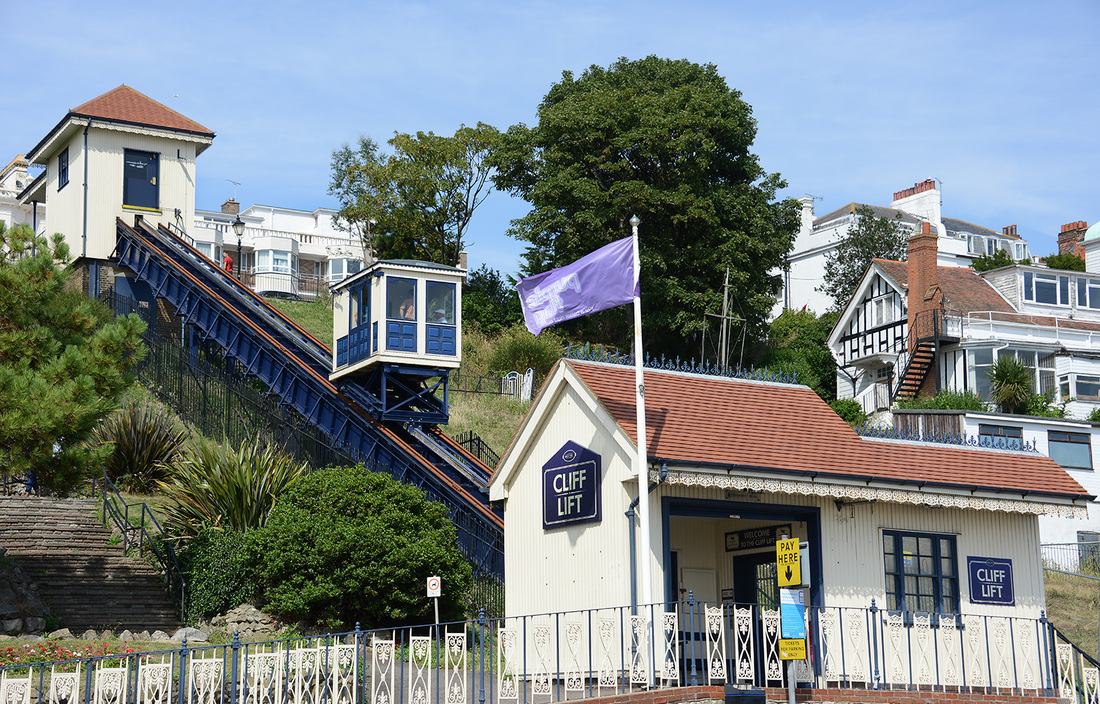 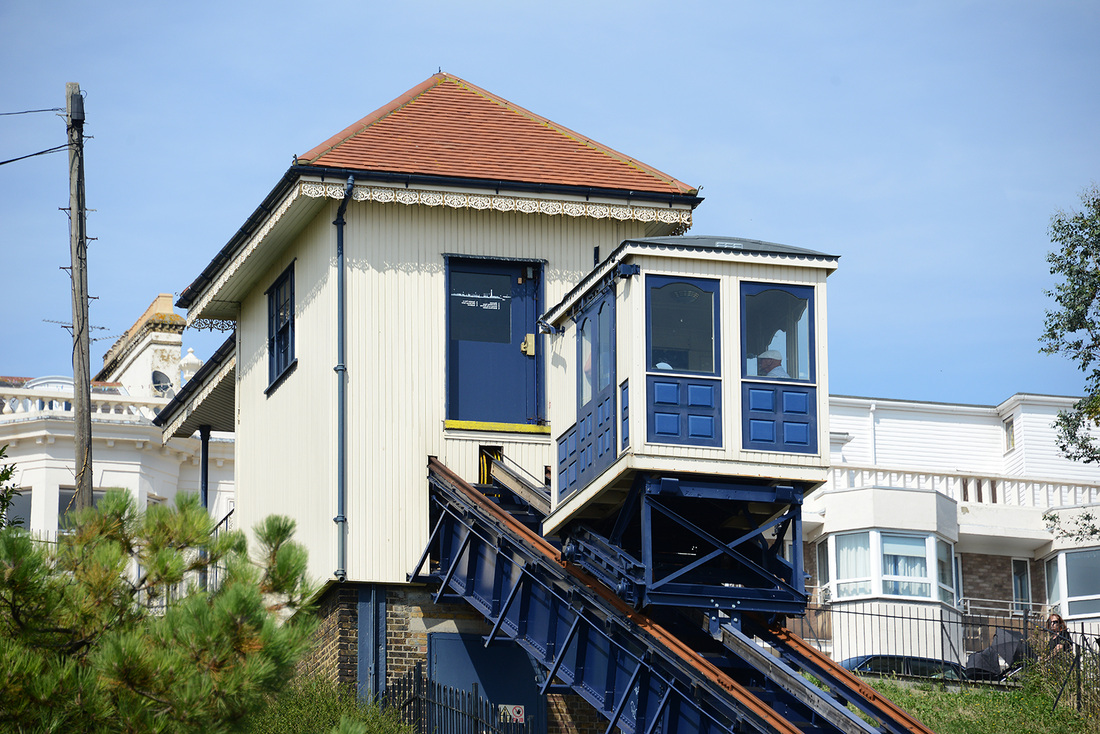 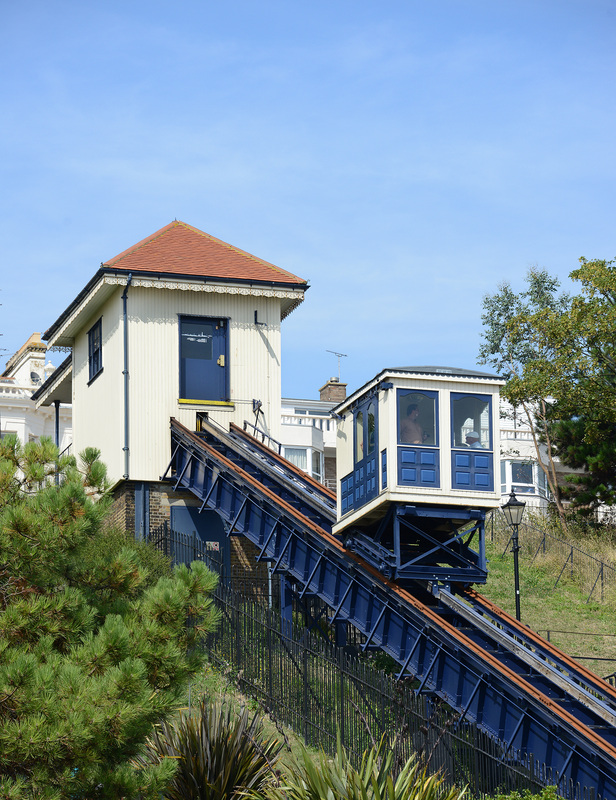 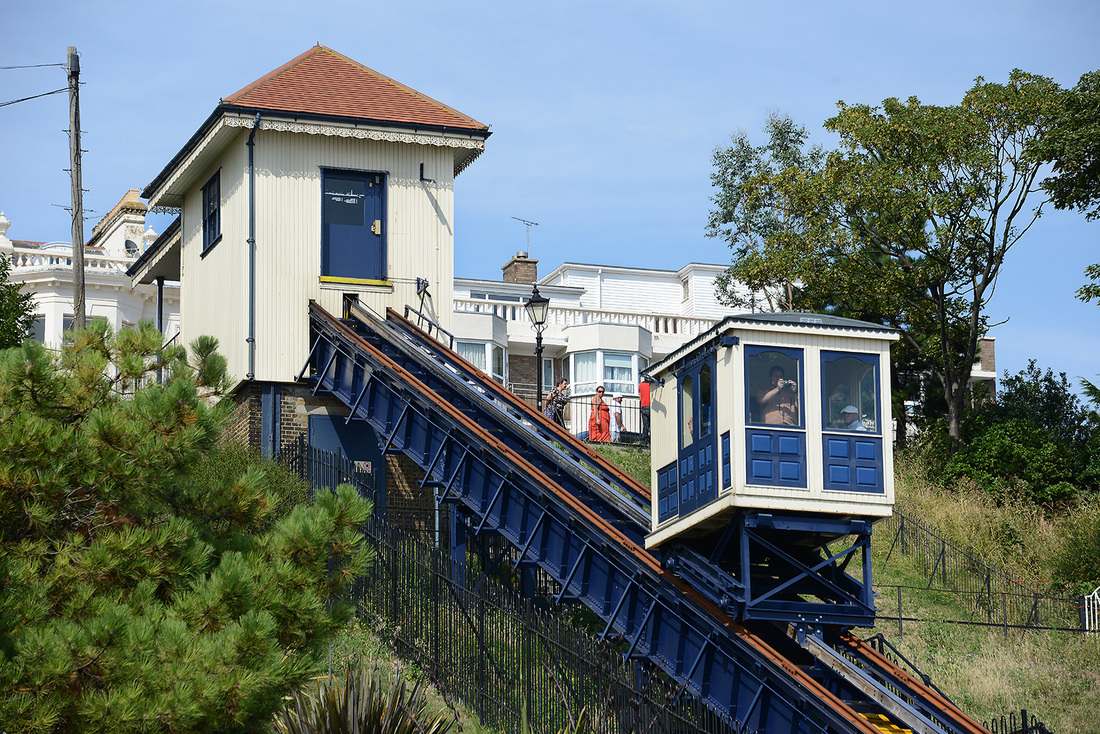 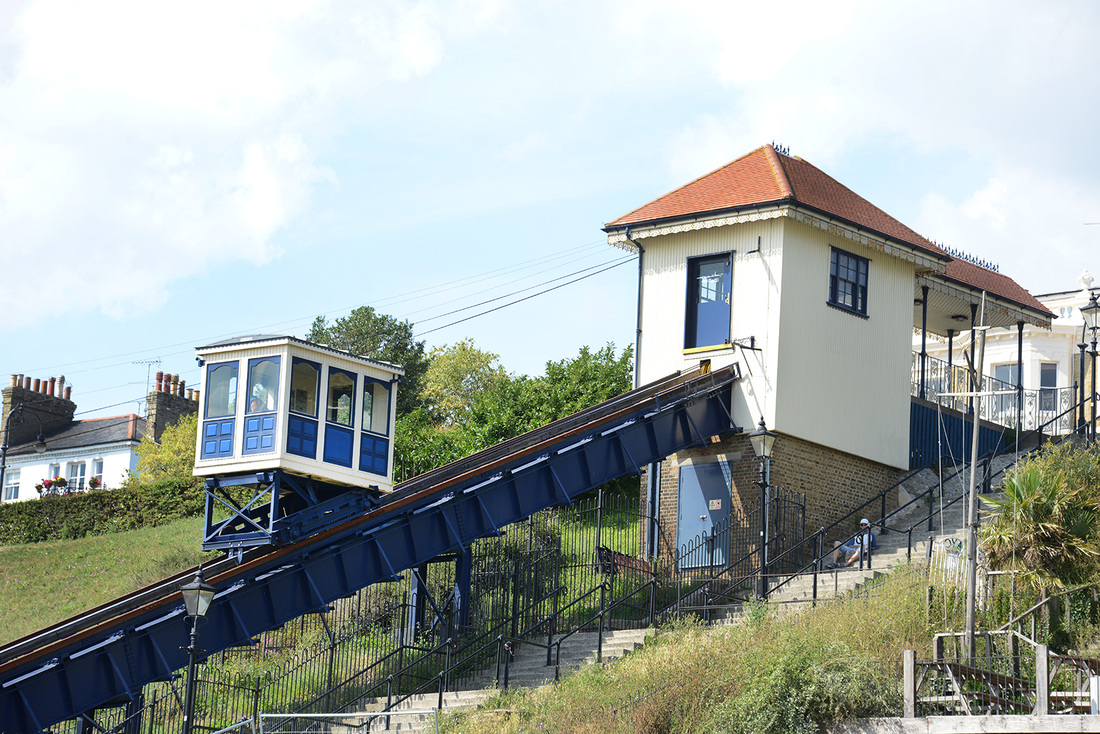 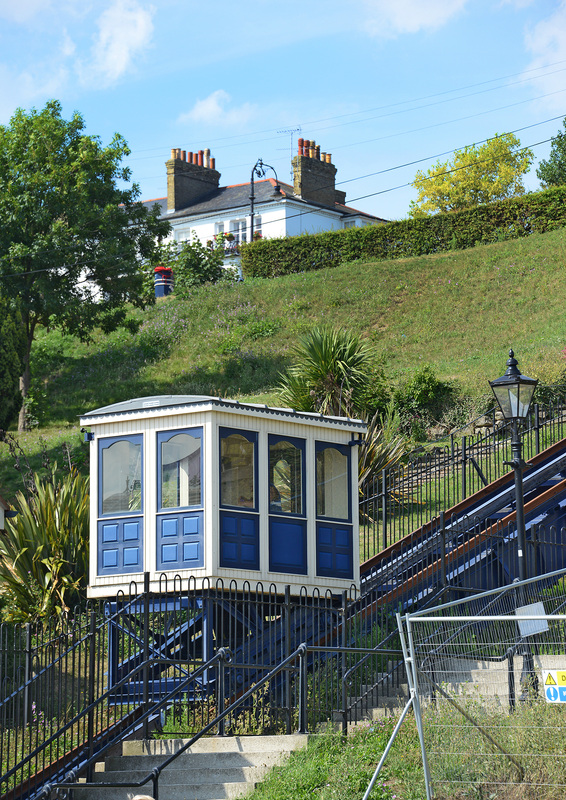