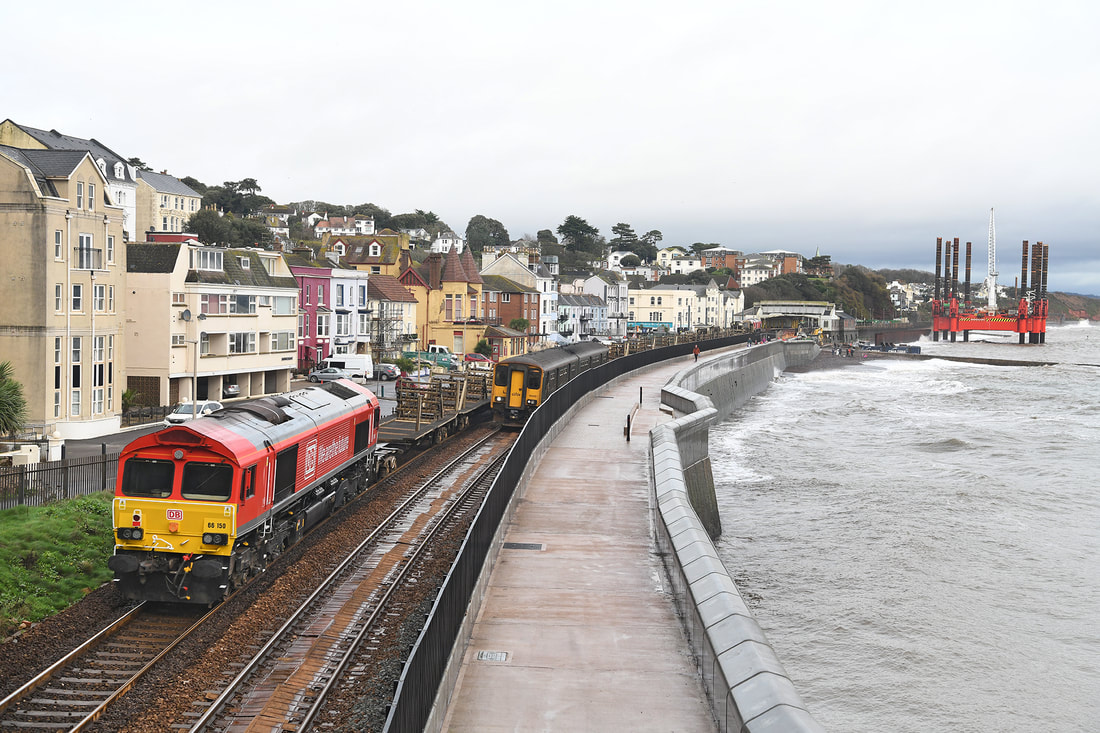 DB Class 66 No. 66150, now powered by 100% renewable Hydro-treated Vegetable Oil (HVO), a synthetically made fuel produced by the hydro-treatment process from vegetable oils or animal fats, which significantly reduces carbon dioxide (CO2) and nitrogen oxide (NOx) emissions, is now in service. It made its first run on Wednesday 16 December 2020 between Scunthorpe and Eastleigh with a rail delivery train, over this past weekend it operated to Westbury and during the evening of 20 December 2020 operated the rail delivery train to St Erth. It returned on the rear of train 6W98 on 21 December 2020, the 06.36 St Erth to Westbury, seen here soon after emerging from Kennaway Tunnel, Dawlish. 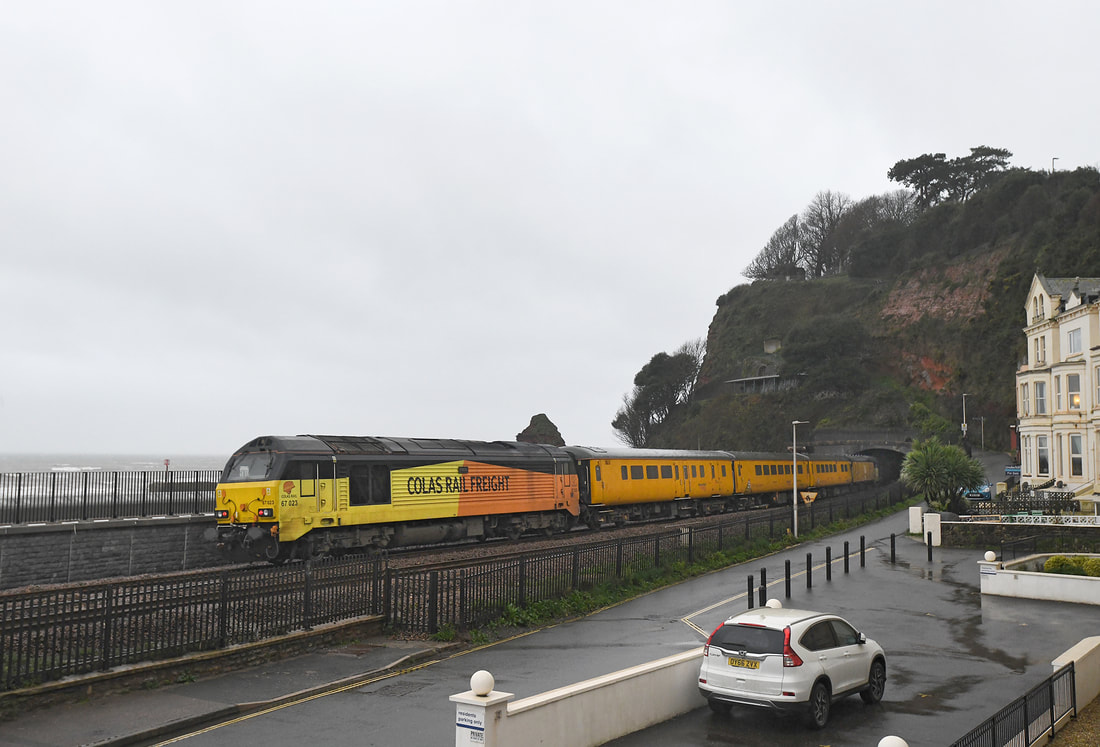 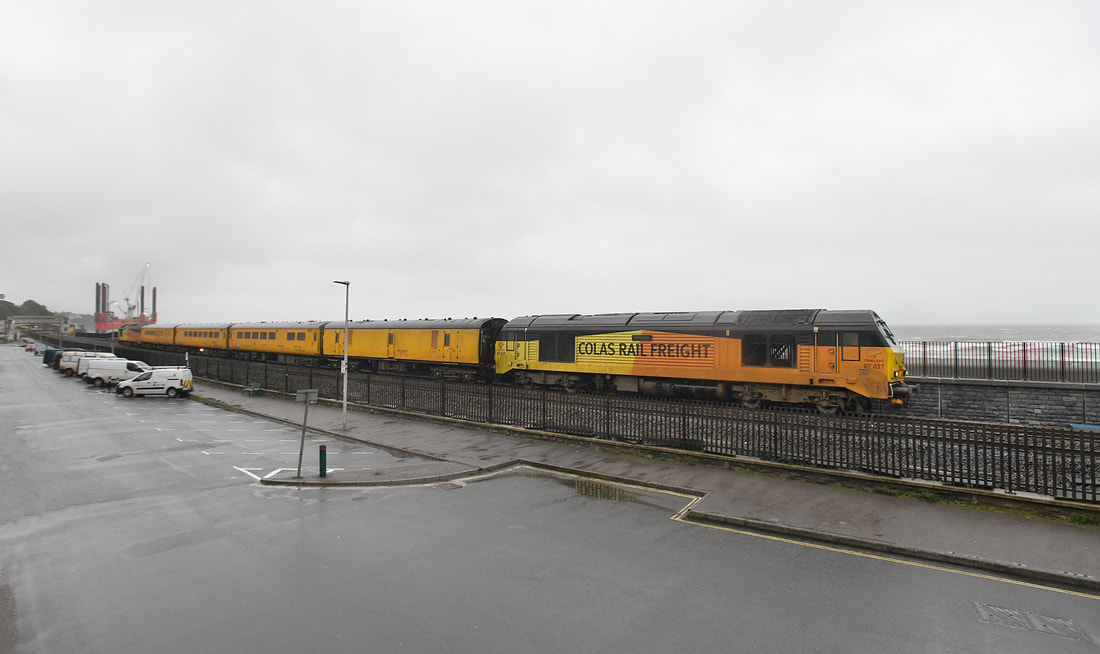 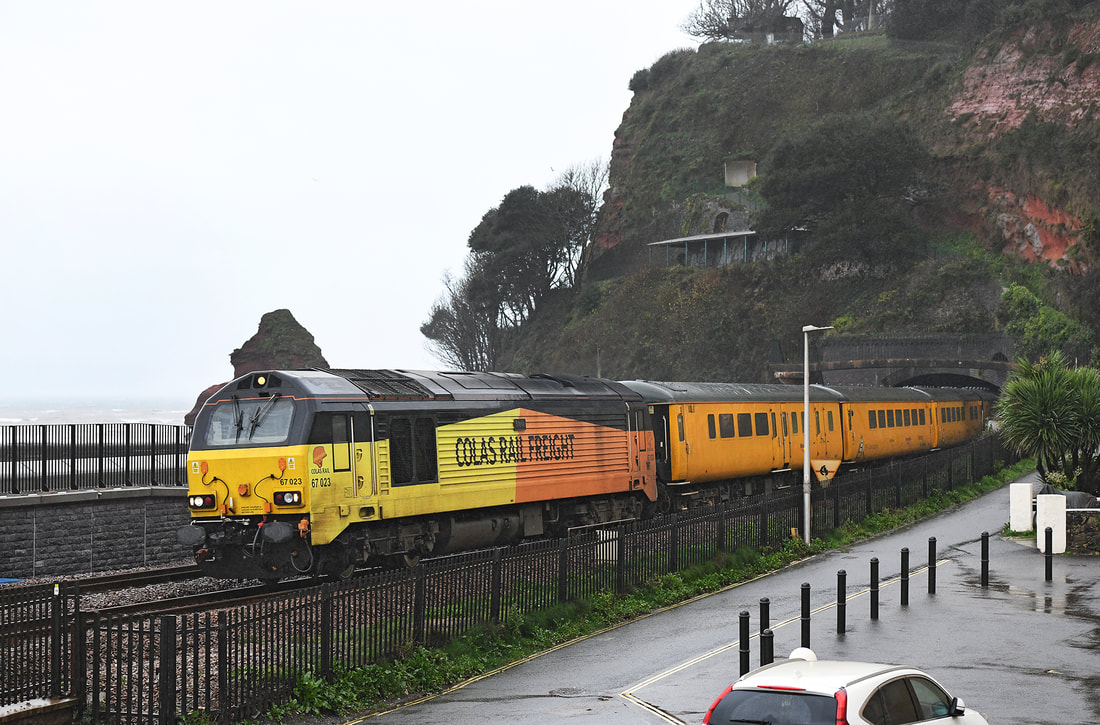 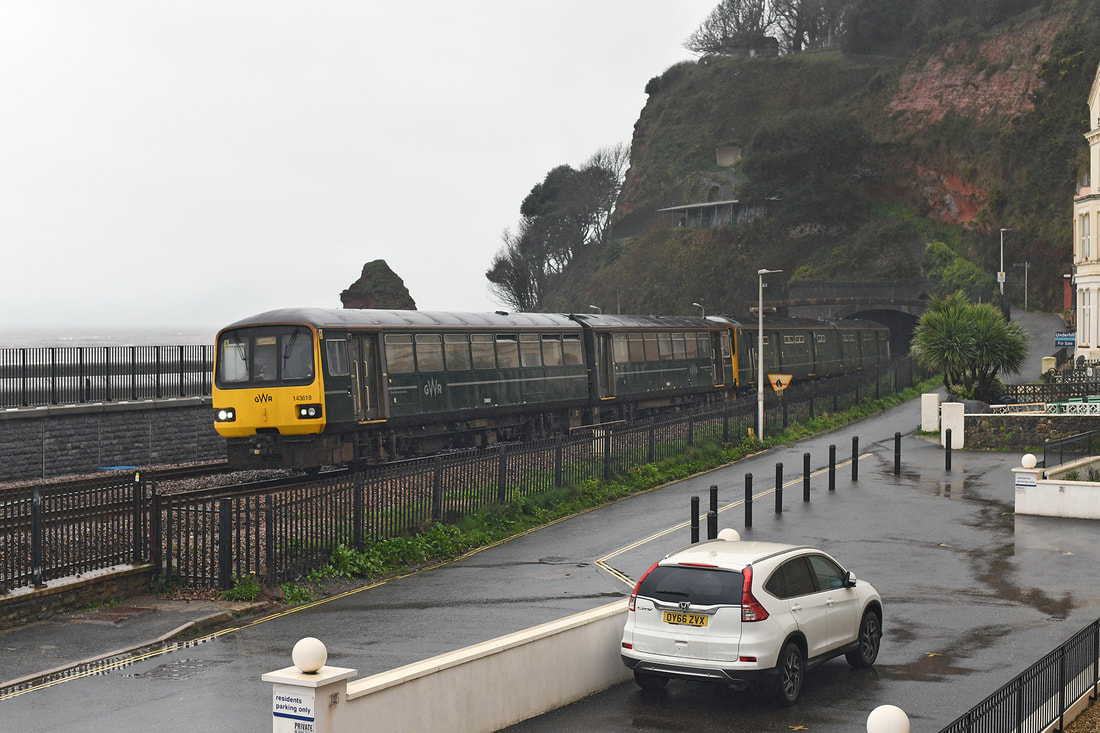 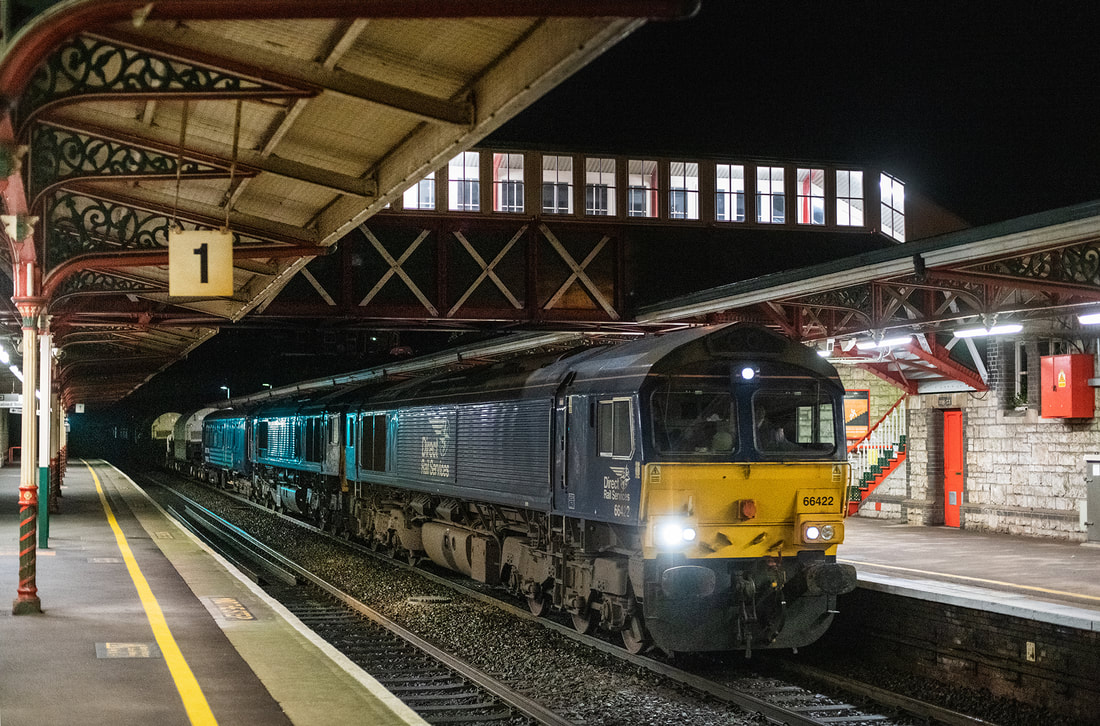 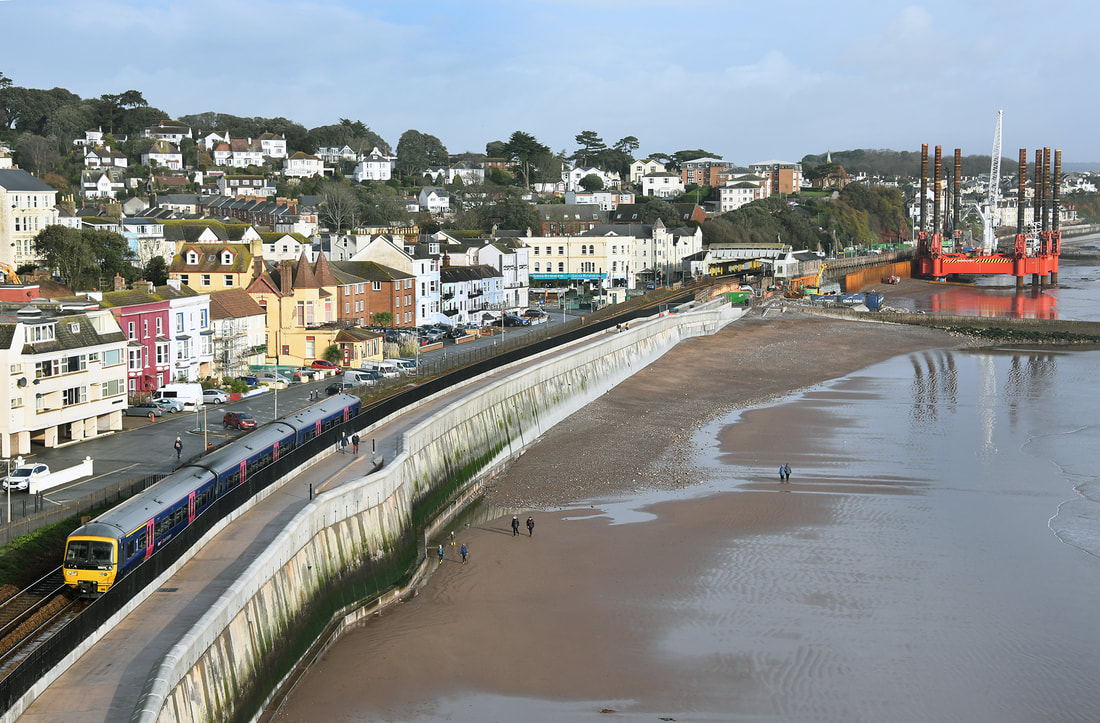 Above and Below: The new order of the day on the Devon Branch lines, Class 166 three-car sets. After the last Class 143s were taken out of traffic on 12 December, the following day the first Class 166 arrived and operated Exeter to Exmouth and Paignton services. On 14 December 2020, First Great Western blue-liveried set No. 166211 heads along the Dawlish sea wall towards Kennaway Tunnel with train 2T14, the 10.23 Exmouth to Paignton. In the background, major progress can be seen with the steel piles being installed from the platform Wavewalker1. 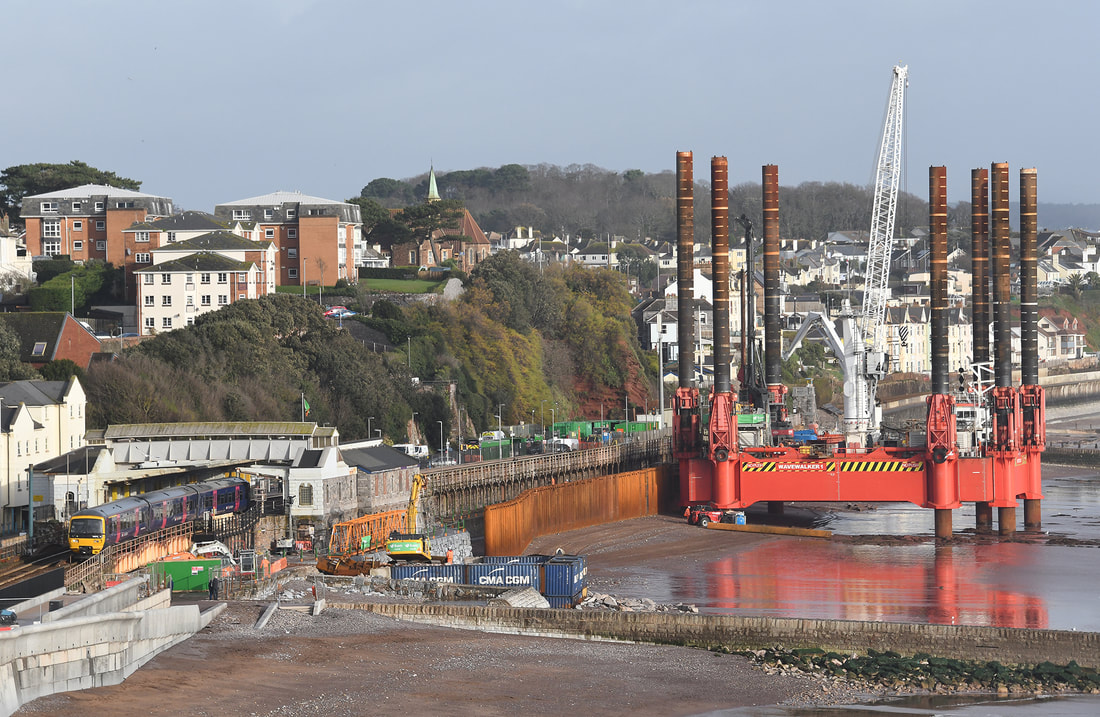 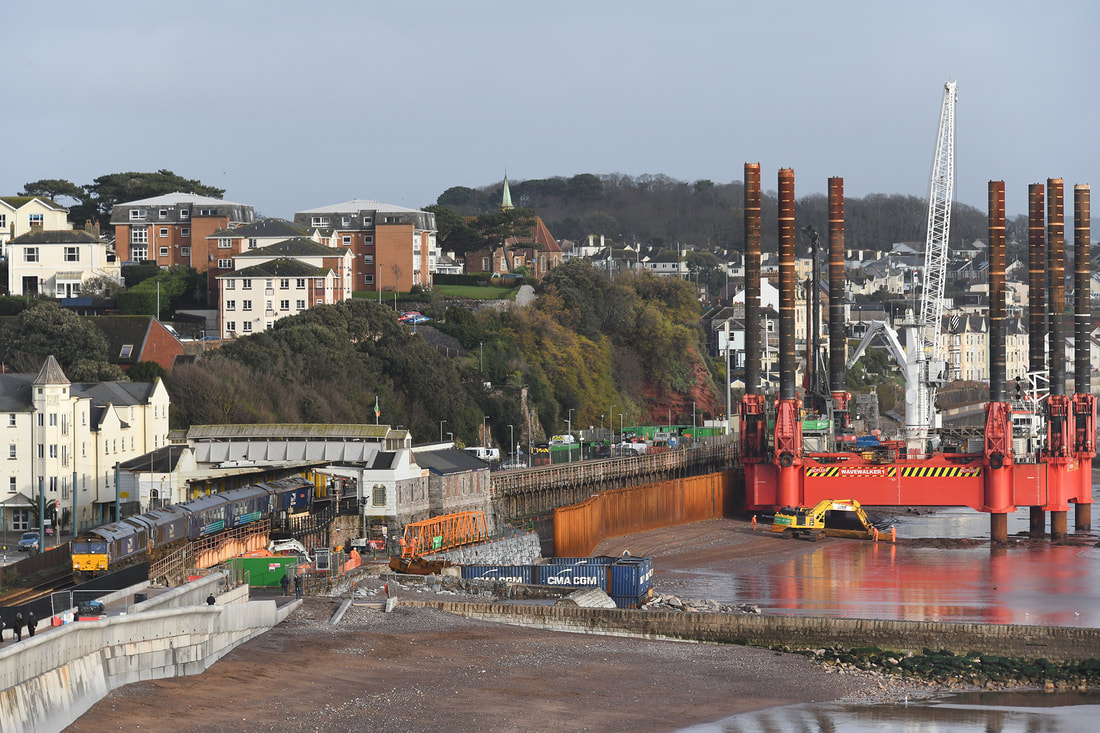 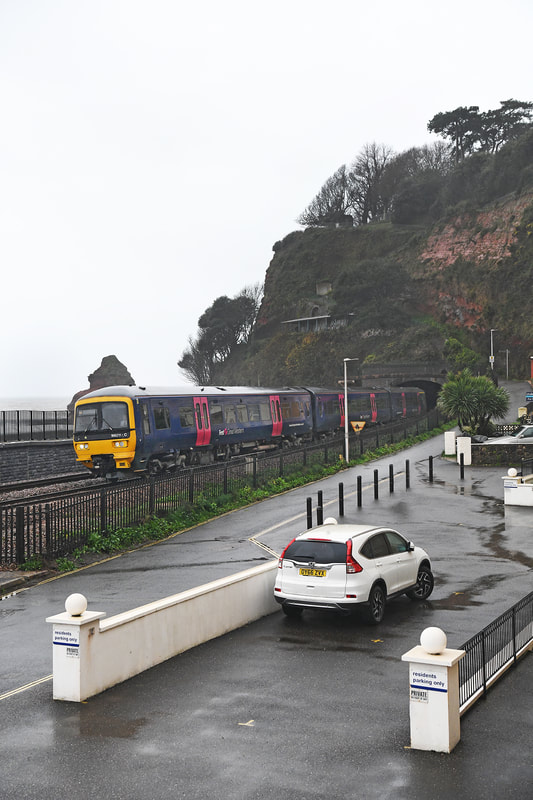 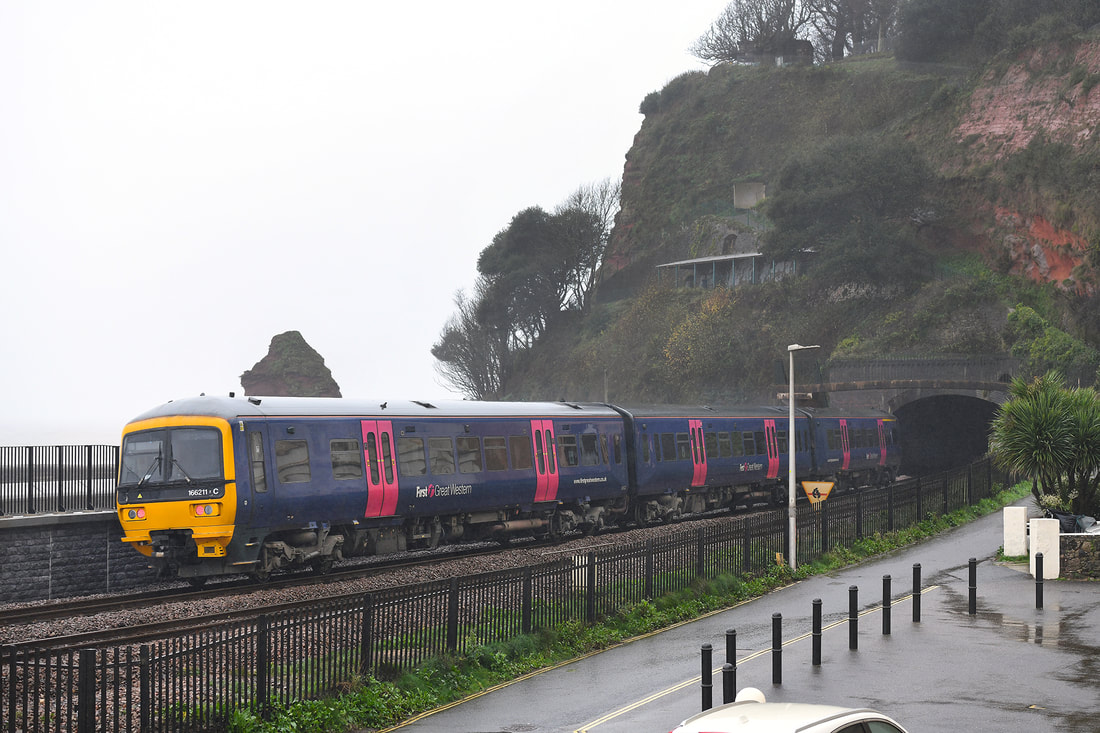 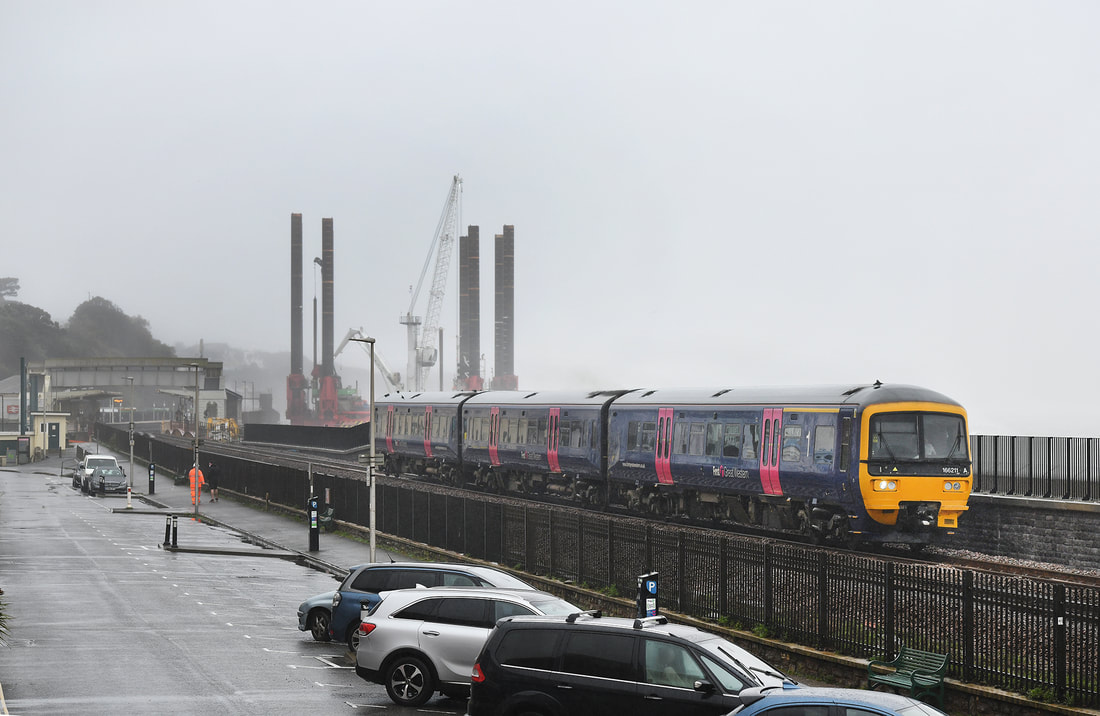 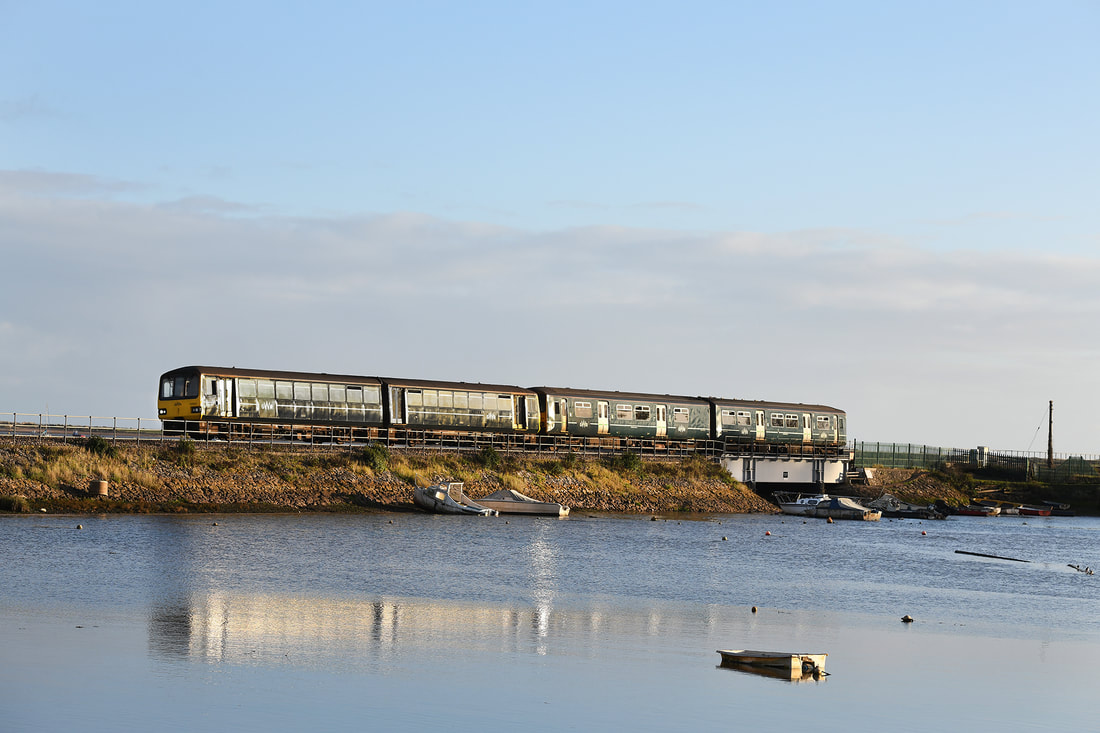 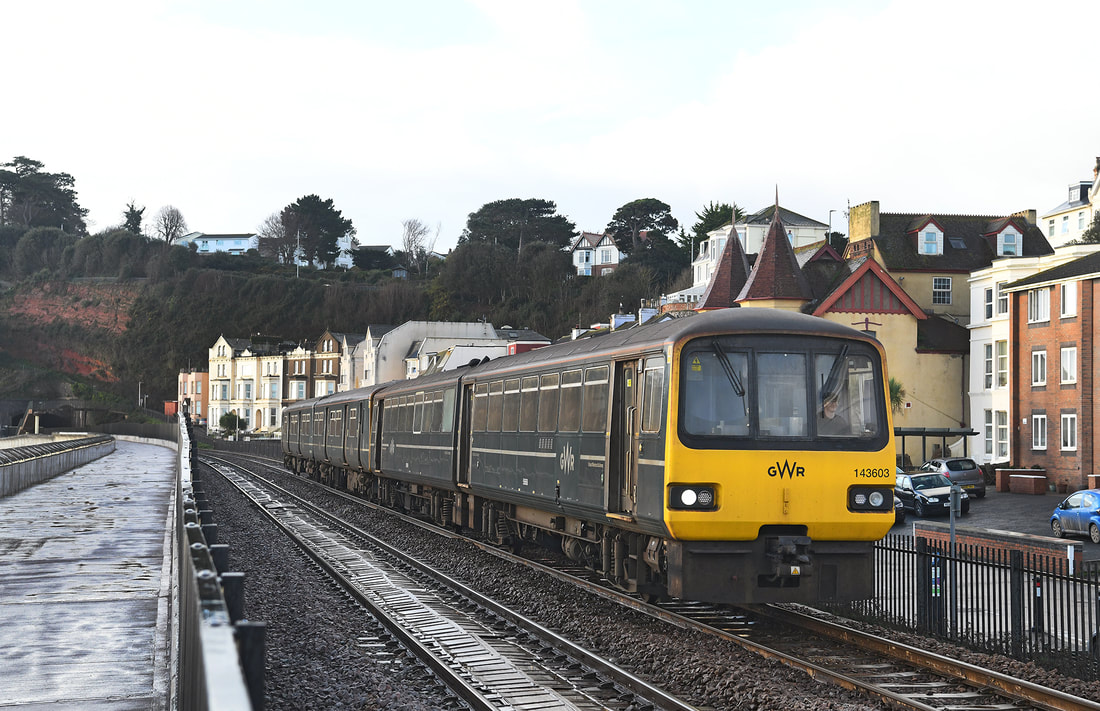 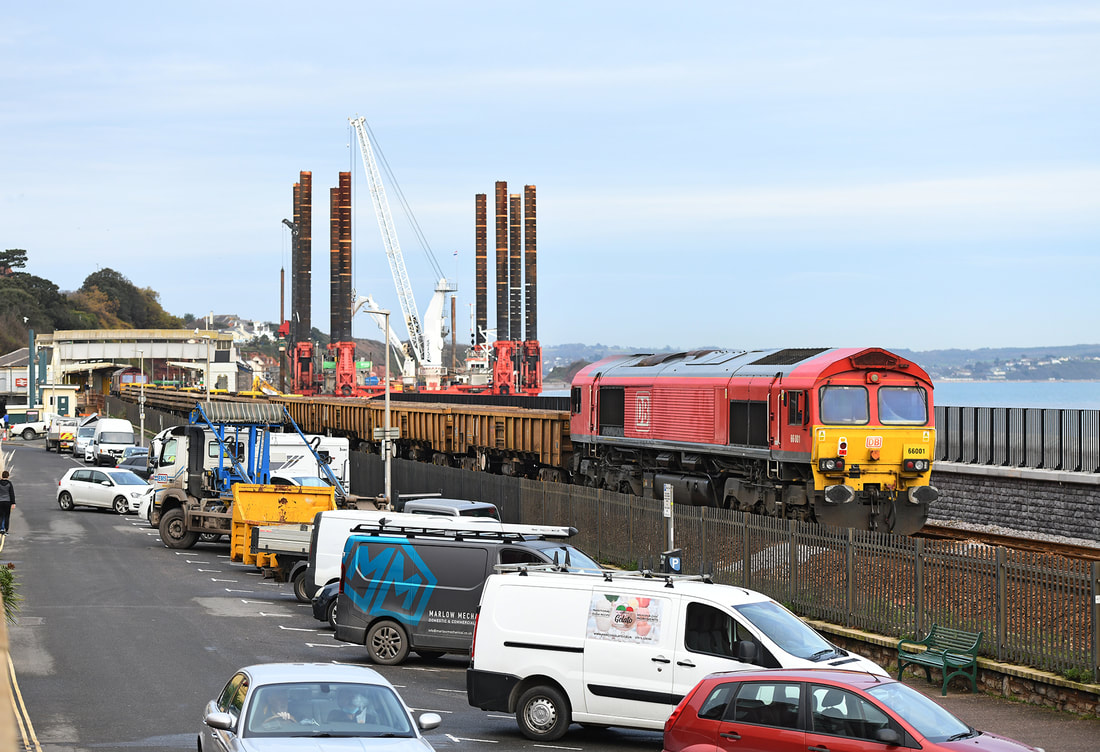 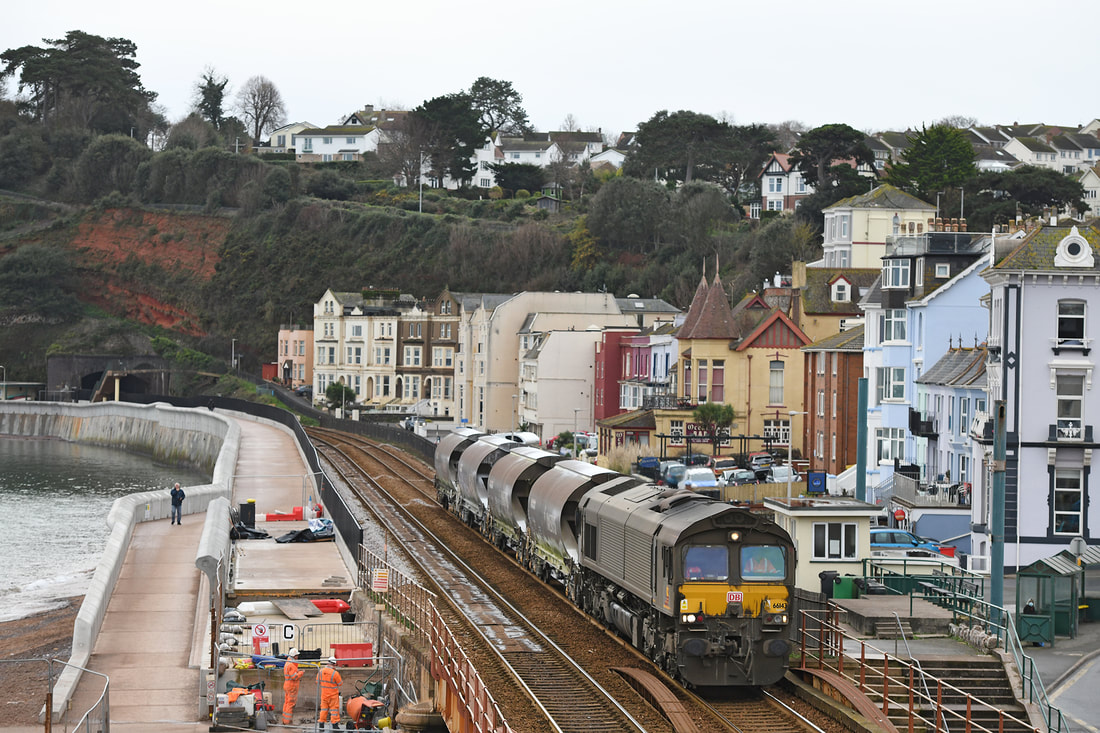 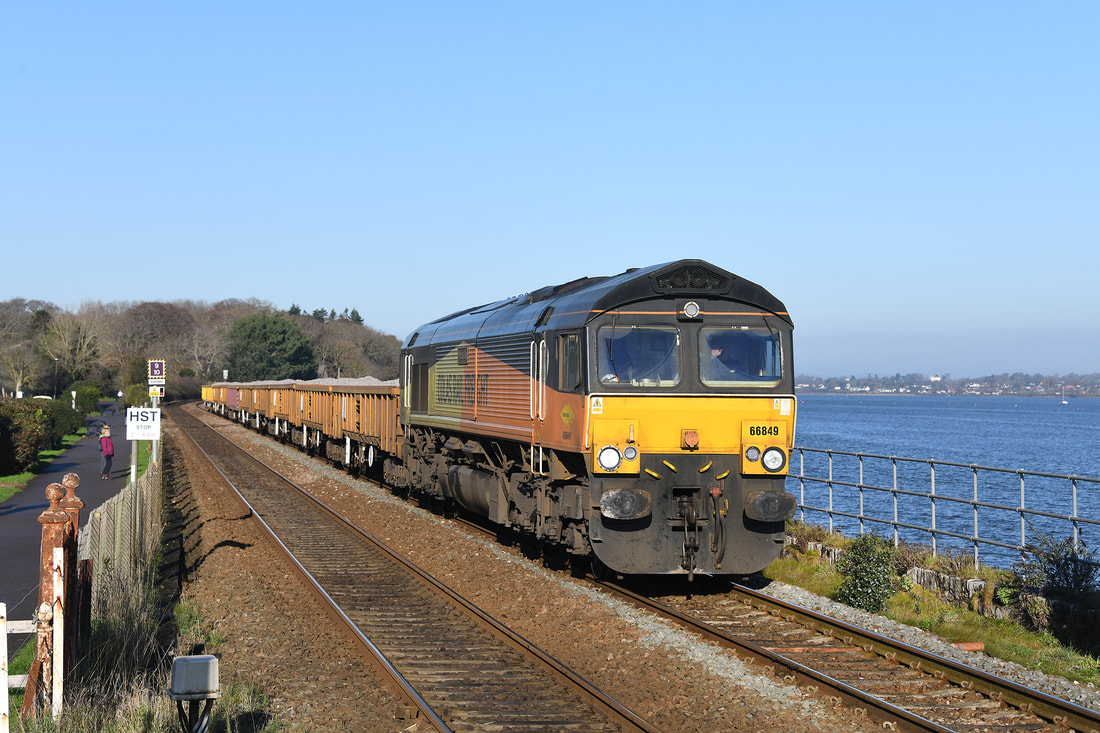 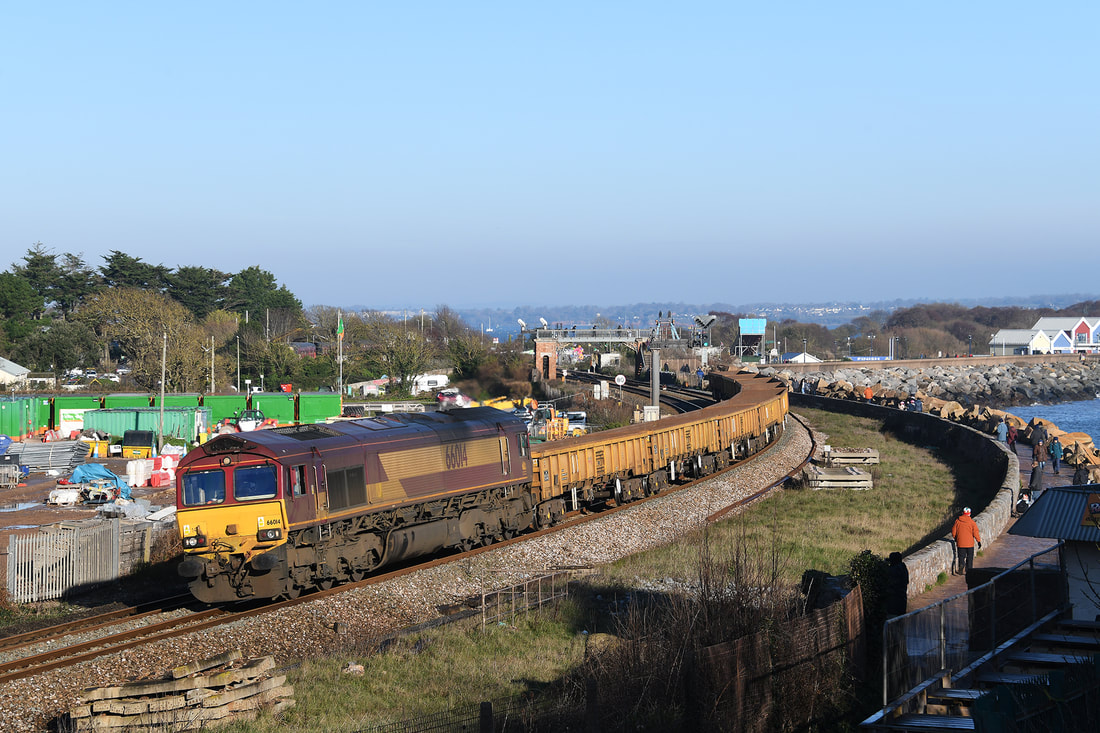 A Sunday morning roam provided a couple of nice low-light winter illustrations. 66014 rounds the curve from Dawlish Warren at Langstone Rock on 6 December 2020 with engineering train 6W22, the 09.25 Westbury to Long Rock.